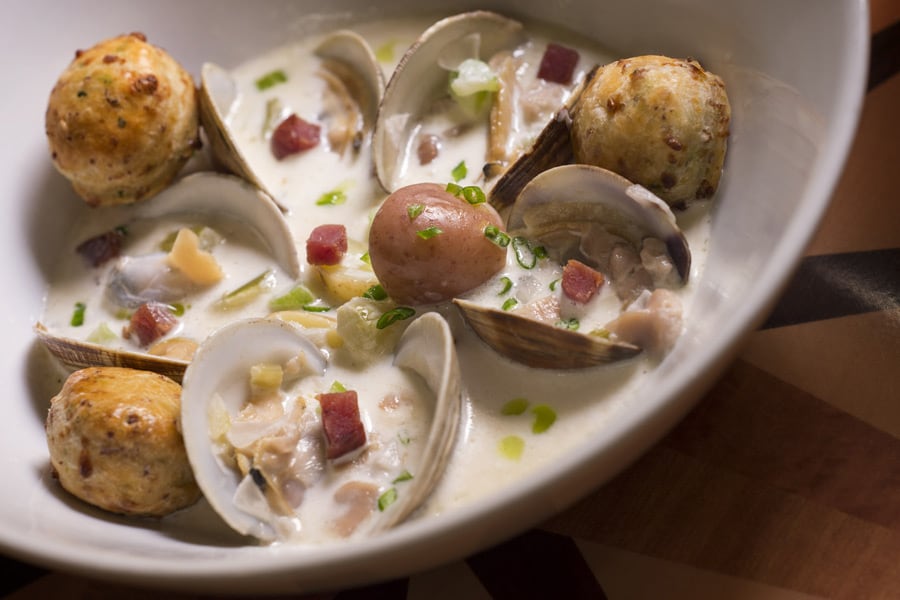 We’ve long been a fan of bright, airy Captain’s Grille, a getaway of sorts where you often can grab a table in a quiet corner for breakfast, lunch or dinner and enjoy some of the best seafood-centric food at Walt Disney World Resort. 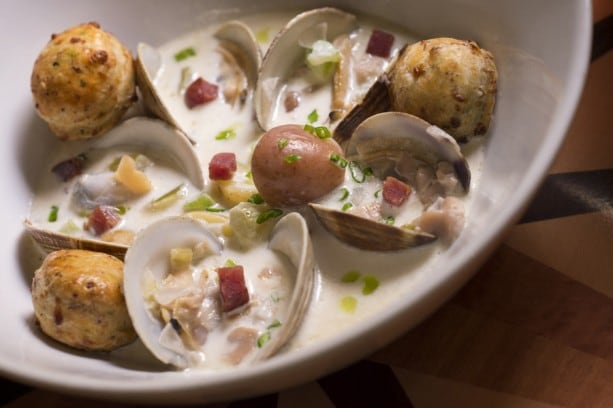 Now this classic American grill just off the lobby at Disney’s Yacht Club Resort has a new look, says area leader Ashley Call – with new tables and chairs, wallpaper and paint, and a redesigned menu that still features longtime favorites but adds more than three dozen new dishes to the breakfast, lunch and dinner menus. 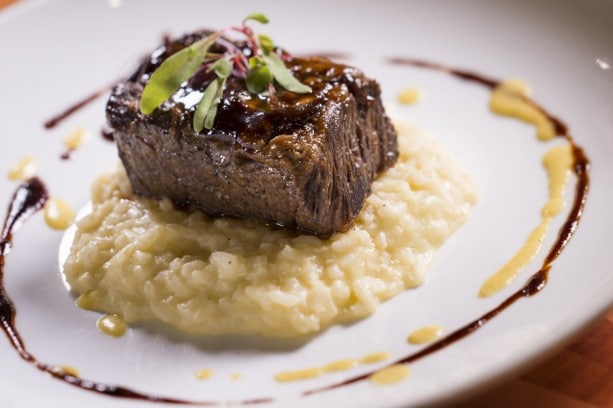 One of the most-requested breakfast dishes is the butter-poached lobster omelet with asparagus, chive cream and hash browns. At dinner, the hottest sellers are the classic New York strip steak and snow crab legs with new potatoes and corn on the cob, but Chef David says the cabernet-braised short ribs are tops (braised for six hours to buttery perfection).

And guests love their sweets, like the hazelnut gianduja chocolate cake with salted caramel sauce and chocolate crispies or the gluten-free angel food cake with berry compote and almond croutons, served with lavender-infused panna cotta.

Other standouts added to the menu over the last several months:

Wine flights are now offered with lunch and dinners, says Ashley, and guests say they enjoy sampling new tastes like a sparkling wine and a merlot both from North Fork of Long Island. And the Captain’s Grille teams says to watch for even more changes in 2014.