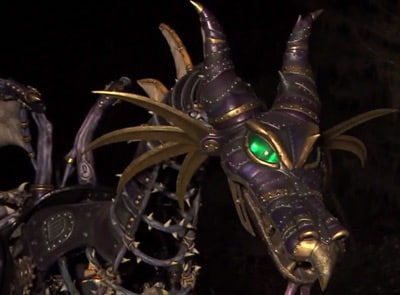 As the new “Disney Festival of Fantasy Parade” moves closer to its debut in March, the team behind the parade recently celebrated a milestone. After months of design, development, and construction, the brand new floats for the parade – including the impressive, 53-foot long Maleficent Dragon – finally arrived at Magic Kingdom Park under cover of darkness. Take a look:

There’s a lot more work to do, of course, but when it’s ready this dazzling new daytime spectacular is going to be a sight to behold!