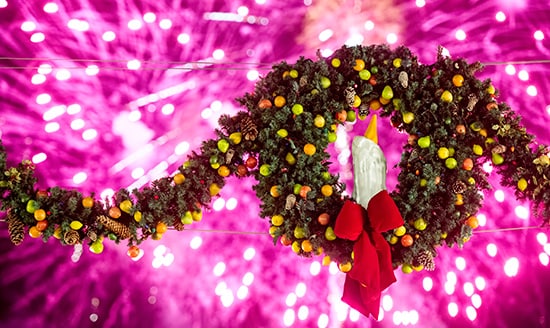 We kicked off the New Year with a look ahead at some great reasons to visit the Walt Disney World Resort in 2014, including the debut of Disney’s Festival of Fantasy Parade at Magic Kingdom Park. Visit Jennifer’s original story to see more reasons why you should be planning a vacation to the Walt Disney World Resort this year. And we continued our previews on the Disney Parks Blog with a preview of new merchandise coming to Disney Parks in 2014. Check out Steven Miller’s early look at what’s ahead.

Here are some of the other stories we worked on to begin the year.

My Parting Shot At Disney Parks – See one of Gene Duncan’s favorite shots, as he signs off after a nearly 40 year career.

Year in Review: Disneyland Resort Through the Lens – Look at some of our favorite photos of Disneyland park from 2013, courtesy of Chief Photographer Paul Hiffmeyer.

We’re Giving Away a Vacation-a-Day Through January 31, 2014 During the Family Time Resolutions Sweepstakes! – See this exciting opportunity to win a 5-day/4-night vacation for four to either the Walt Disney World Resort or Disneyland Resort.