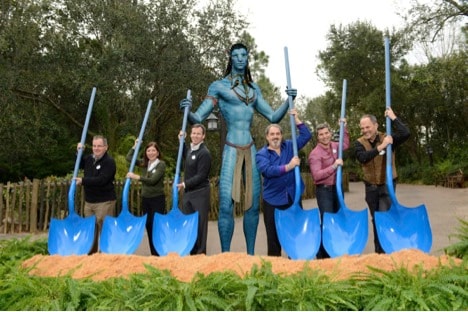 This week, we unveiled an exciting behind-the-scenes look at Seven Dwarfs Mine Train that’s set to debut at Magic Kingdom Park in 2014.

Walt Disney Imagineers Ben VanBeusekon and Mary Mac Eachin explained the creative process behind designing and producing themed cars for Seven Dwarfs Mine Train and shared how the train cars are painted and aged in a way that contributes to the storyline of the attraction. Check Jennifer’s original blog story for more. 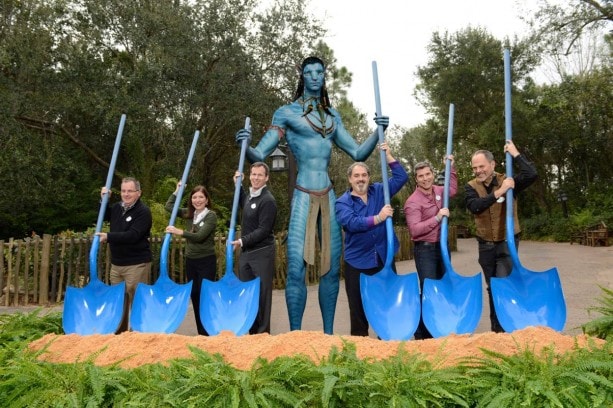 And did you see, leaders from Walt Disney Parks and Resorts and Lightstorm Entertainment kicked off the largest expansion in Disney’s Animal Kingdom history with a ceremonial groundbreaking for the park’s new AVATAR-inspired land with blue, Na’vi-inspired shovels.

In our photo illustration, the group was joined by a Na’vi, showing the scale of characters from the “AVATAR” film. Check our original story for more details about the area and some great video from the ceremony.

A Mom’s Take: Cruising with Disney to Alaska – Thinking about an Alaskan cruise? Get all the best tips here to make your vacation extra special!

Ten Things You May Not Know About Disney’s Grand Floridian Resort & Spa – Learn more about this fantastic Victorian-era inspired resort.