Two of the biggest stars from Disney Junior, Doc McStuffins and Sofia from “Sofia the First,” have joined the cast of Disney Junior Play ‘n Dine at Hollywood & Vine. 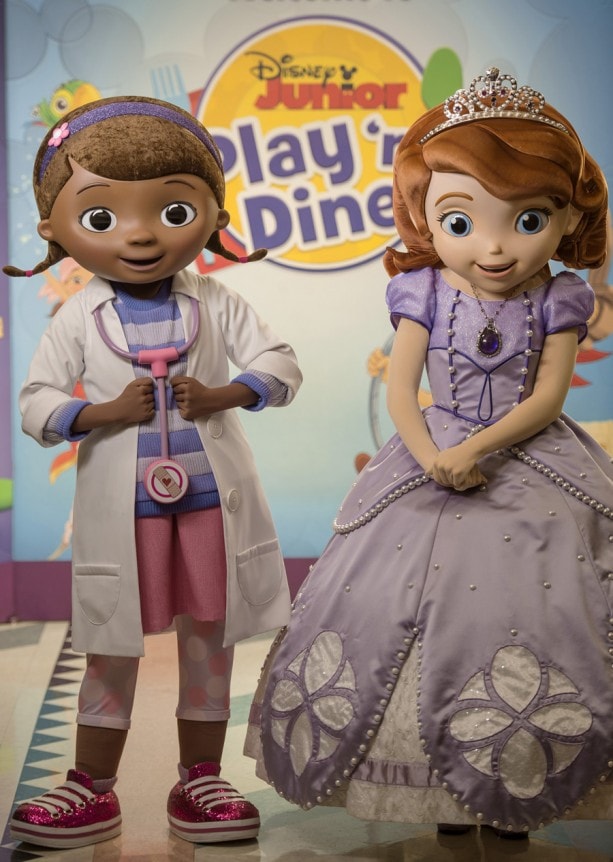 As part of this character dining experience at Disney’s Hollywood Studios, kids have the chance to meet Doc, Sofia, Handy Manny and Jake from “Jake and the Never Land Pirates.” And during special musical moments throughout breakfast and lunch, they’re invited to get up and join in the fun with the characters and our Disney Junior Play Pals.

In fact, an all-new musical moment has been added, with favorite songs from the TV shows, “Doc McStuffins” and “Sofia the First.” Doc and the Play Pals get everyone to stretch and flex, so they’re “Ready for Action,” while Princess Sofia helps the Play Pals remind their friends that they can do “Anything.”

Of course, the “Hot Dog Song” from “Mickey Mouse Clubhouse,” “Talk Like a Pirate,” and other popular tunes are still part of the fun, so Disney Junior Play ‘n Dine at Hollywood & Vine offers something for every Disney Junior fan!