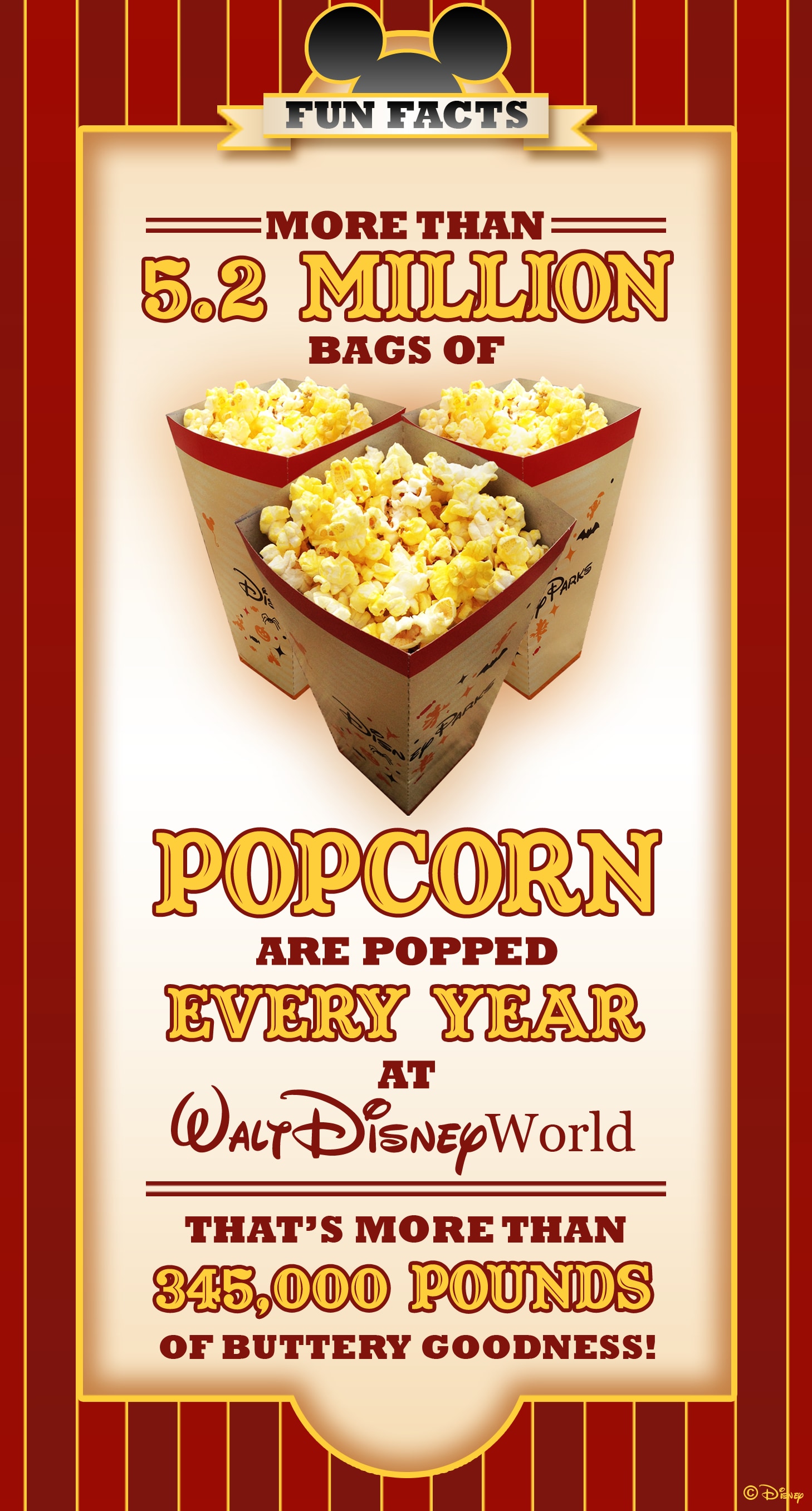 Every Day Is Popcorn Day at Walt Disney World Resort

This January 19 is National Popcorn Day, a perfect reason to “pop” by one of the Walt Disney World popcorn wagons for a box of old-fashioned, fluffy deliciousness. The epitome of easy street food, we like to pick up a box in front of City Hall on Main Street, U.S.A, and nosh as we stroll through the park. This all-American snack has been part of Disney since Disneyland Resort opened in 1955. An astonishing 5.2 million boxes are sold every year at Walt Disney World Resort – that’s up about a half-a-million boxes from the year prior. In all, park-goers consume about 845,000 pounds of exploding kernels of corn with a splash of buttery flavor and a dash of salt. Vegan and gluten free, it’s pretty simple stuff, popped in a combo of coconut, corn and canola oil. We can always find a good reason to buy a warm box when we smell it popping – especially when it’s National Popcorn Day!