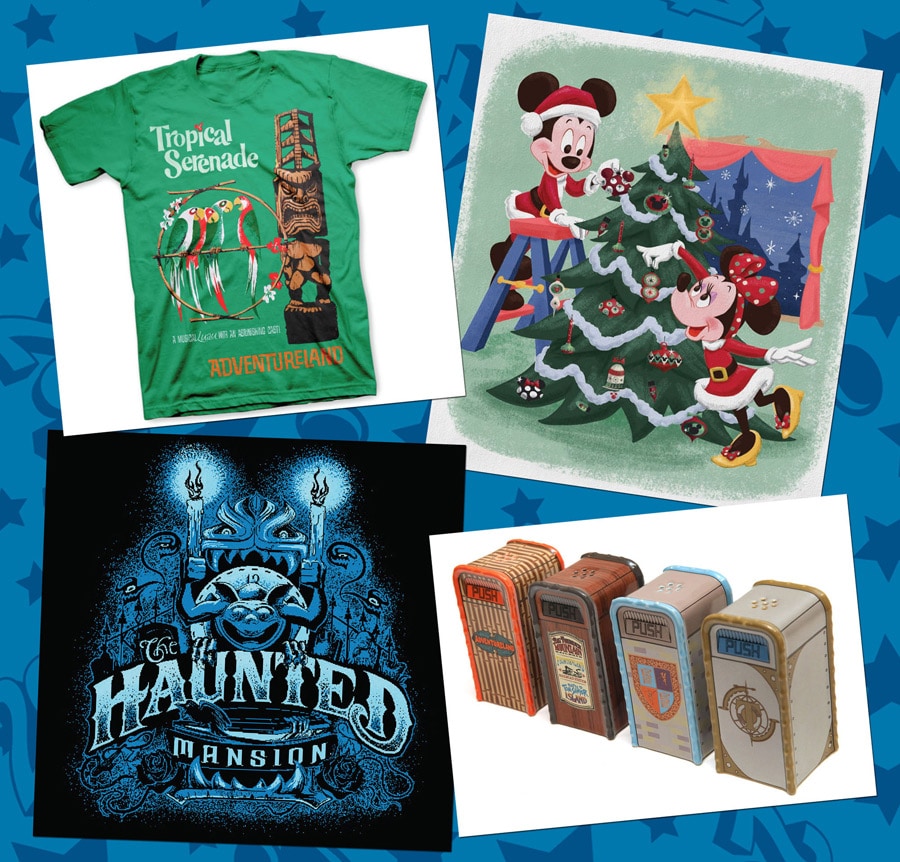 Exciting New Merchandise on the Horizon for Disney Parks in 2014 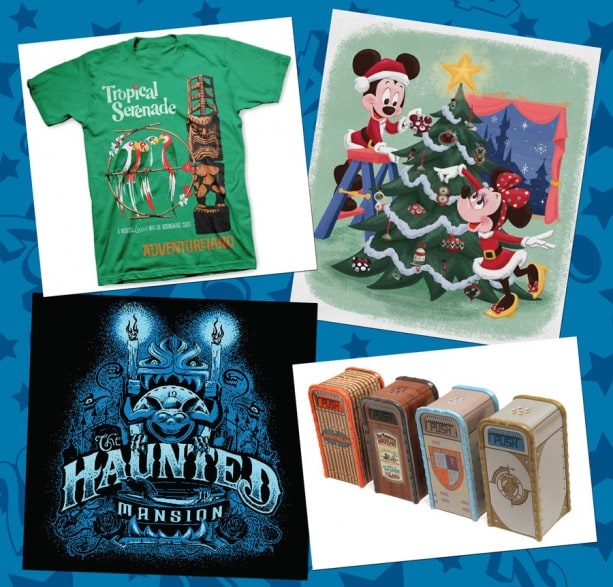 As the New Year begins, I wanted to share a first look at some amazing new merchandise coming to Disney Parks. I don’t think words can capture how excited I am for these new things. Let’s start with another look at the “Disney Holiday for your Home Collection” arriving later in 2014. 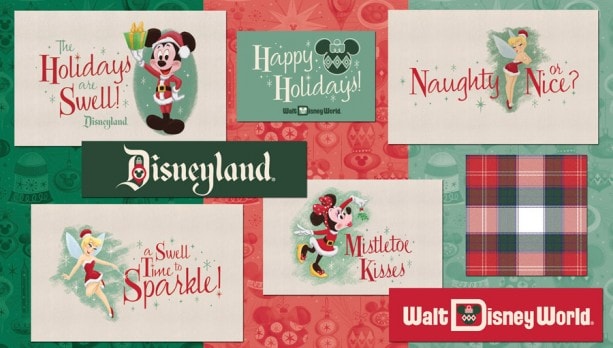 Before the recently concluded holidays, you may recall a Disney Parks Blog story about D-Tech on Demand that included this holiday artwork. I spoke with seasonal merchandiser Roger Dressen who explained the inspiration behind the new program.

“The holidays are a swell time of the year to remember favorite memories and traditions,” said Roger. “We wanted a retro-inspired art program that captured with the warmth and magic of the season while adding a splash of Disney. The artwork will used on a host of new items including ornaments, decorations and more.” 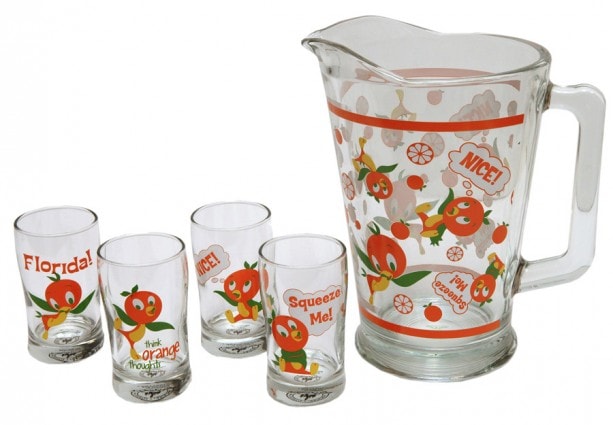 Speaking of Orange Bird, he will make another appearance on a new T-shirt inspired by the attraction poster from Magic Kingdom Park. The overwhelmingly positive responses to the recently released 2014 calendars and the fantastic “Poster Art of the Disney Parks” hardcover book paved the way for several new shirts. Look for them on the Disney Parks online store in the coming months. They will be released similar to how we released the Horizons 30th Anniversary T-shirt last November. 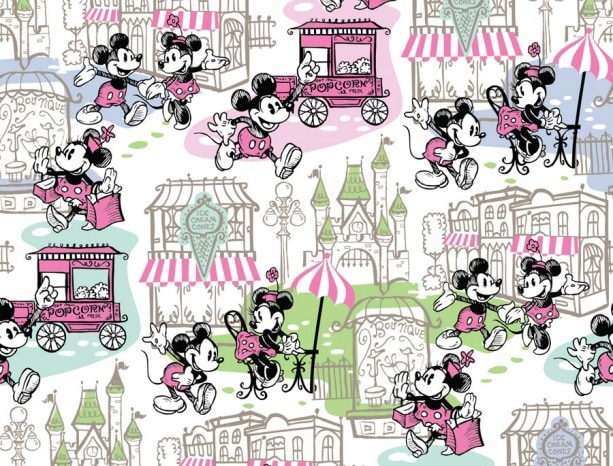 In May, we will celebrate five years of Dooney & Bourke handbags and accessories at Disney Parks. We are planning a small celebration and will be releasing several new designs this year. I love the above artwork with Mickey and Minnie Mouse! 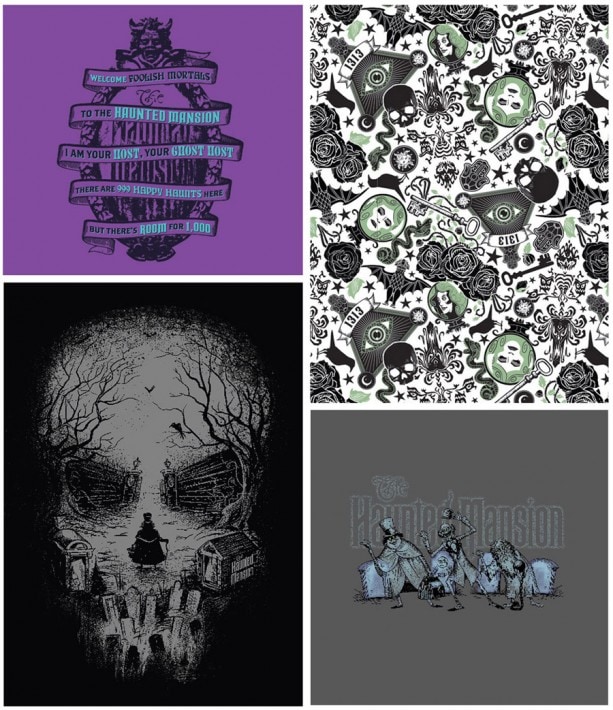 Finally, fans of the Haunted Mansion attraction should beware of incredible merchandise in 2014. An entirely new style guide containing some hauntingly beautiful artwork was recently created for this classic Disney attraction. Look for new items to follow you home in late 2014.

I’d love to hear which items are your favorites in the comments below.