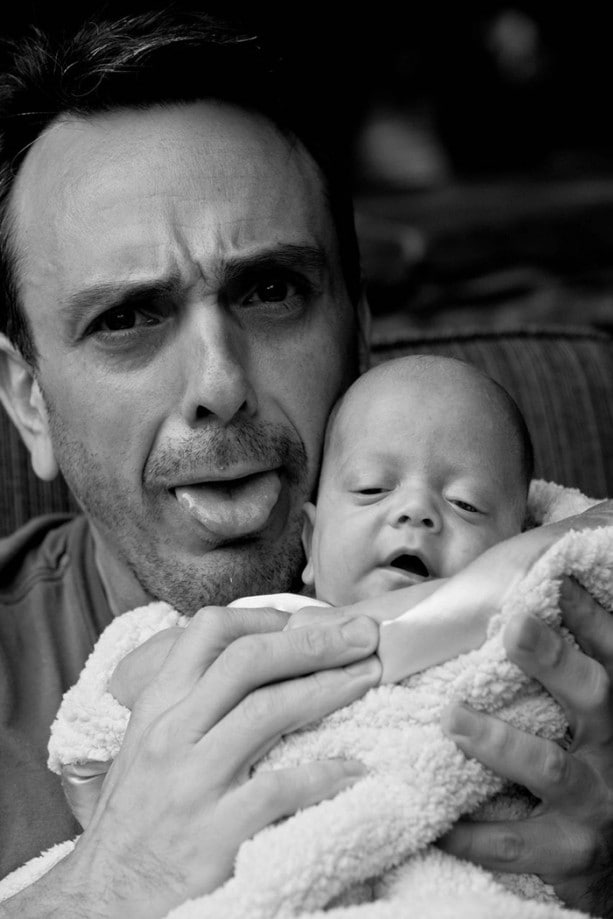 An exploration of the realities and hilarities of being a father in the new millennium, Hank started the series by interviewing some of his funniest friends about their experiences as fathers and what “fatherhood” really means to them. And, as fate would have it, part of the way through filming, Hank found out that he was going to become a father himself!

We caught up with Hank while filming the last segment in the series at Walt Disney World Resort during the holidays. He told us about his own experiences as a new father and some of the fun he and his family have had at Disney Parks.

Hank’s AOL Original Video Series ‘Fatherhood,’ sponsored by Disney Parks, will launch exclusively on AOL and mom.me on January 15, 2014. “Fatherhood” is part of AOL’s continuing investment in premium original content, which includes a new slate of original web series that have been premiering on the AOL On Network, AOL’s premium video platform and across their 1,700 partner sites throughout the fall and winter. As one of the leading online destinations for parents, mom.me provides real-world advice and lifestyle content across all life stages – from pregnancy to empty nest – and everything in between.