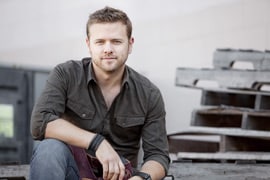 You could say that this year’s Epcot International Flower & Garden Festival will be a “crash”-ing good time.

Sponsored once again by our friends at HGTV, they have filled the festival with tons of HGTV and DIY Network experts – including most of the stars we HGTV/DIY insiders call “The Crashers.”

The Crashers, for those uninitiated into HGTV/DIY fandom, are HGTV/DIY expert designers and contractors who comb home improvement stores for people who need renovation help. Then – in just three days, mind you – they (with an expert crew of helpers) make over the family’s yard, bathroom, kitchen or whatever. Crashers making their very first appearance at this year’s festival are Matt Blashaw from “Yard Crashers,” Matt Meunster from “Bath Crashers” and Alison Victoria from “Kitchen Crashers.” Very exciting!

HGTV/DIY favorites at this year’s festival include Vern Yip, one of the judges of “Design Star,” Florida’s own David “Color Splash” Bromstad and John Gidding from “Curb Appeal.” Also new to this year’s festival are “Renovation Raiders” star Amy Matthews and Chip Wade, who started with Gidding on “Curb Appeal” and now has his own hit show called “Elbow Room.”

Here’s the list (everything subject to change, of course):

For more information on the Epcot International Flower & Garden Festival, check out disneyworld.com/flower and don’t forget to check back here on the Disney Parks Blog for updates throughout the coming months – both before and during the festival.