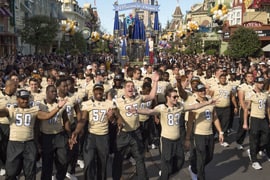 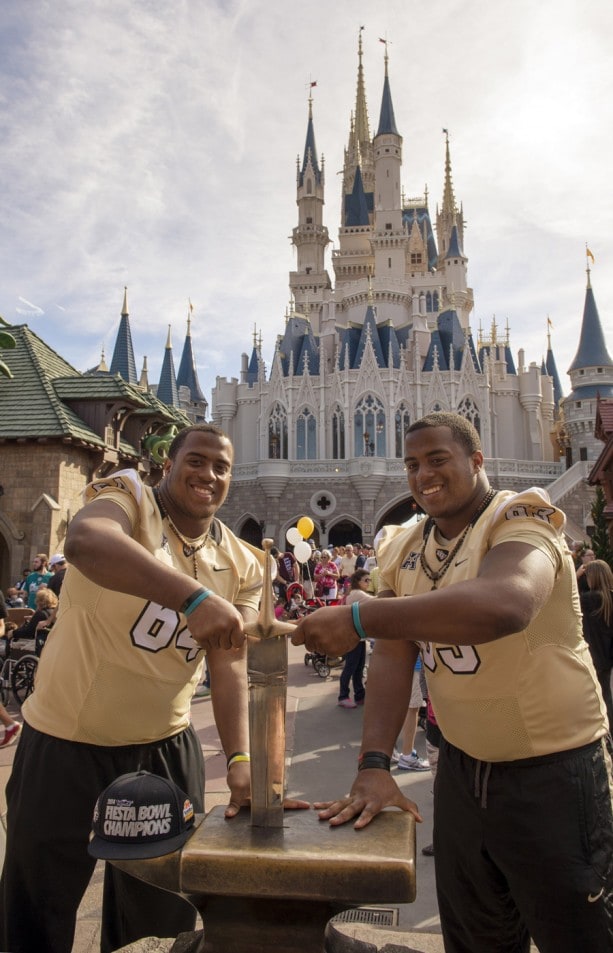 Magic Kingdom Park was a sea of black and gold yesterday to honor the University of Central Florida’s Cinderella football season. The Knights’ record-setting season culminated with an upset victory over the Baylor Bears in the 2014 Tostitos Fiesta Bowl on January 1, 2014. The team ended the season ranked 10th nationally with a 12-1 record.

The entire football team, coaching staff, cheerleading squad, spirit squad and UCF Marching Knights paraded through the park and down Main Street, U.S.A. in a hometown celebration for the Orlando-area university.