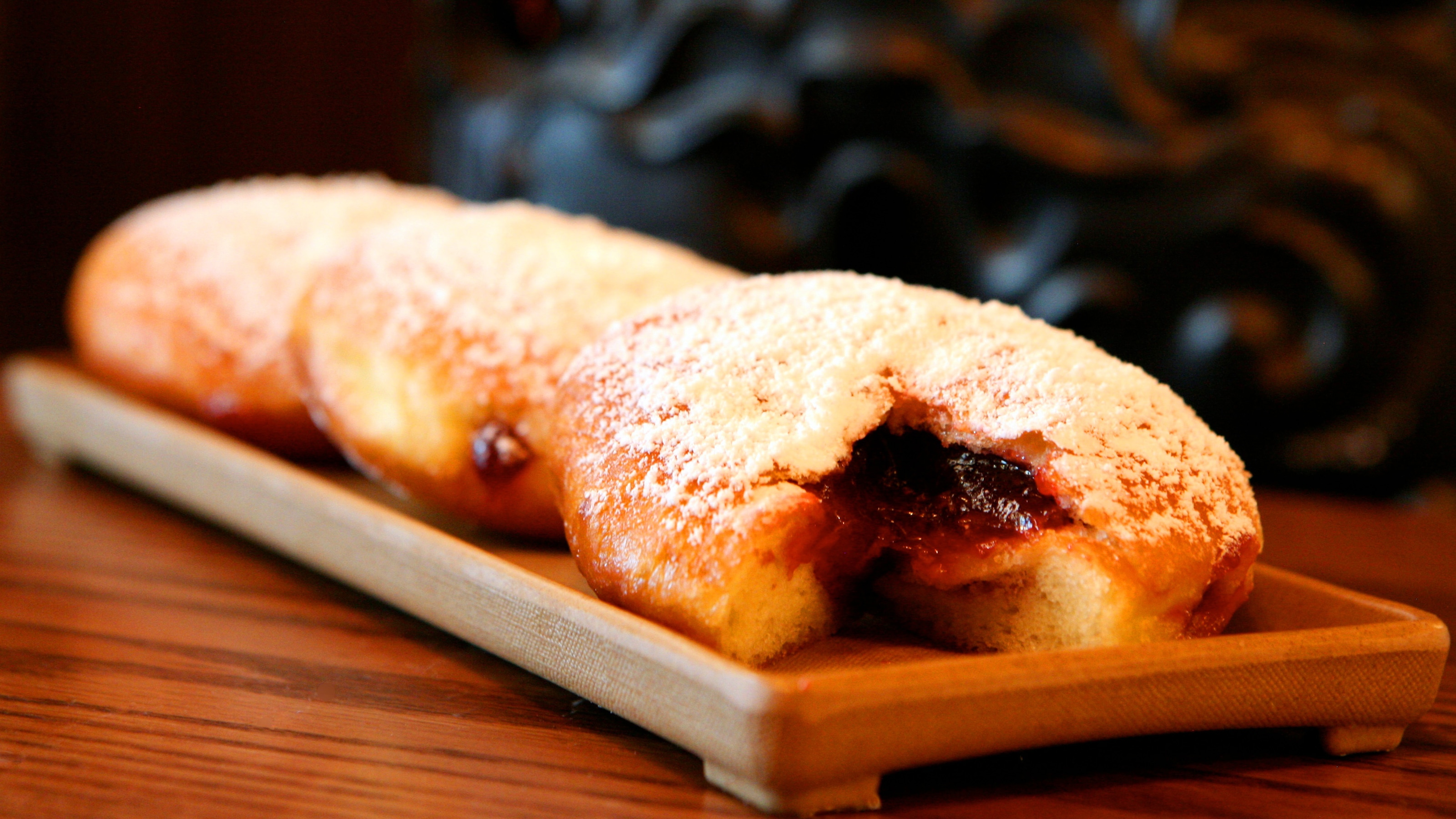 Deciding which treat to enjoy may be difficult on your next visit to Market House in Disneyland park . Market House serves Starbucks specialty beverages and a variety of “Disneyland Favorites” as part of its sweet lineup, including the gooey Berliner donut. The Berliner is a type of jelly donut made in Berlin, Germany. Disneyland Executive Chef Christine Weissman, a native of Germany, loves to share the story of the donut’s connection to President John F. Kennedy – so if you see her out and about in the theme parks, stop and ask! (It’s one of her favorite stories and favorite desserts.)

Several delicious La Boulange pastries were recently added to the selection of sweet offerings. Starbucks recently partnered with La Boulange, a San Francisco Bakery and café, rolling out their baked goods in Starbucks nationwide. The new pastries showed up this week in the two locations that serve Starbucks inside our parks at Disneyland Resort, and will be coming to Walt Disney World Resort this spring. There’s everything from a bacon, egg and Gouda artisan sandwich to a chocolate croissant, everything served warm.

Fans of classic Disneyland Resort sweets will still find the cinnamon roll at Fiddler, Fifer & Practical Cafe, and the Mickey Mouse-shaped sugar cookie remains on the menu at Market House. And the popular Mickey Mouse-shaped cookie with chocolate icing is still at both.