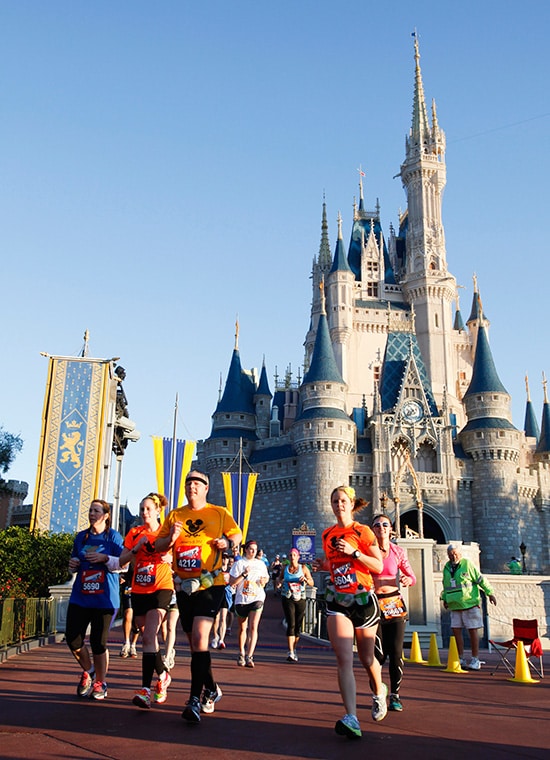 Sights and Sounds of Disney Parks: If I Can runDisney, Chances Are You Can, Too

For most of my young life, I had been out of shape. Doctors always recommend proper diet and exercise. I grew up in an “eat this, it will make you feel better” home where exercise was grocery shopping.

But I always wanted to know what fitness was like. I began trying various types of exercise and activities, and though I enjoy quite a few of them, it was running that seemed to work best for me. There isn’t a lot of equipment except shoes. The correct shoes are essential. I asked friends and read a few books about it. Starting with one mile, I worked up very slowly. I had never realized that exercise like this could relieve stress and clear my head.

In about six months I got up the courage to run some 5K races. They’re a little over three miles. Could I think about a marathon? C’mon … who was I kidding? As it turned out, I joined a local running group affiliated with Olympic medalist Jeff Galloway and learned that mere mortals like me could run longer races, even marathons.

Through his books and personal appearances, Jeff dispelled the myths about running:

JEFF GALLOWAY: According to anthropologists, that is how we survived. The need for running and walking are embedded in our genetics and biomechanics. By gradually going from walking into running — and adding walk breaks — you can adapt, rebuild and become more efficient at any age. The simple training plan of walking breaks during a run greatly reduces body stress and the risk of injury.

MYTH: You need Jack Skellington’s physique to run a race.

JEFF: At the Walt Disney World Marathon and other events around the country, you’ll see every body shape you can imagine. Anyone starting an exercise program MUST check with their physician first and then get the proper training. That’s where run/walk/run comes in. It allows the cardiovascular system to gradually adapt without becoming overstressed.

MYTH: Running is bad for your joints.

JEFF: Neither I nor my orthopedic consultants could find a single study proving that running harms your joints. That applies to everyone, including folks who might not resemble what some might perceive as the typical runner.

MYTH: Running means sprinting until you can’t stand it.

MYTH: Running through Disney Parks is no big deal.

JEFF: Not only do you see a lot of the main Walt Disney World Resort locations, you also see really interesting, behind-the-scenes glimpses that most never see. Nighttime races offer yet a different kind of magic. It’s like getting a special key to the kingdom.

MYTH: Greg couldn’t be a runner.

ME: It’s been 20 years now since I became a runner. As they say on TV, individual results may vary, but I’ve run 11 full marathons, three triathlons, countless 5Ks, 10kK and half marathons. I even proposed to my wife after running a Walt Disney World Marathon! (She said, “Yes.”)

To see if running is for you, visit runDisney.com/training to get the basics, like training schedules for each race. Then check out the best single guidebook for all runners — Galloway Training Programs. It goes into detail about what to do when preparing for all of the runDisney events, like what to wear, what to eat, etc.

Throughout the year, visit runDisney.com for info on the wide variety of magical events. When you choose one, be sure to mark your calendar for the day registration begins, because they can fill up fast.

Even if you decide that running isn’t your cup of tea, you’re invited to Disney’s Health & Fitness Expo at ESPN Wide World of Sports Complex to enjoy exhibits, demonstrations and more. You might even meet Jeff there! Admission to the Expo is free during Walt Disney World Marathon Weekend.

Likes (0)
Share Sights and Sounds of Disney Parks: If I Can runDisney, Chances Are You Can, Too