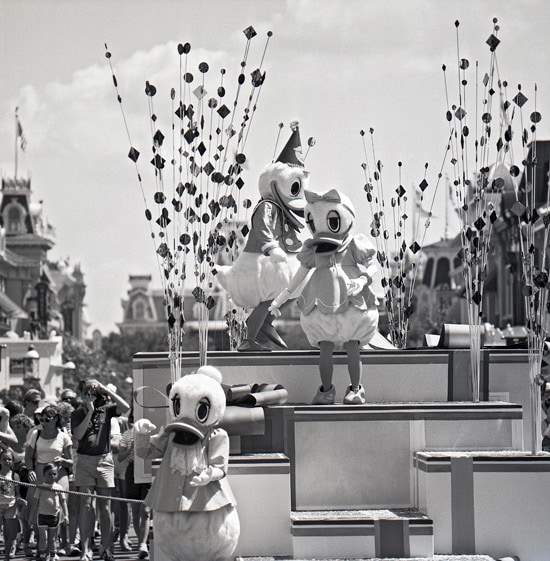 The 50th birthday of Donald Duck was celebrated in a big way in 1984, with “Donald Duck’s Birthday Parade” stepping off at Magic Kingdom Park. 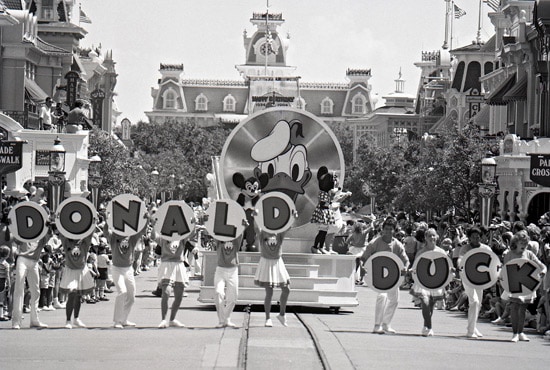 In the big photo above, Donald Duck and Daisy Duck are celebrating atop a float, but who’s the lady duck in the bottom row? Can you identify her? Tell us in the “Comments” section below. We’ll update the post later today with the answer.

ANSWER: The mystery duck is Grandma Duck, Donald’s grandmother. She first appeared in the Walt Disney’s Wonderful World of Color short, “This Is Your Life Donald Duck.”