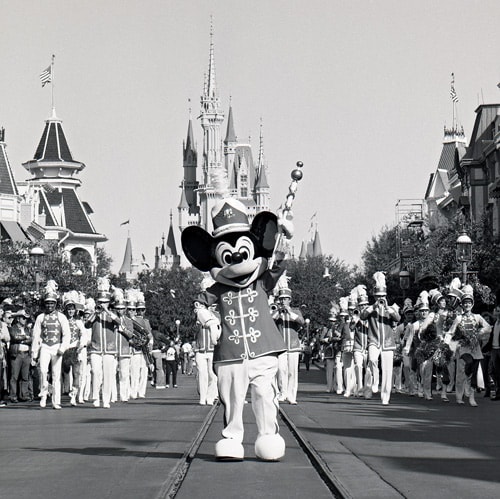 After the end of Magic Kingdom Park’s Tencennial celebration in 1982, Mickey Mouse was again the focus of celebration for the park’s latest daytime parade – simply called the “Mickey Mouse Parade.” 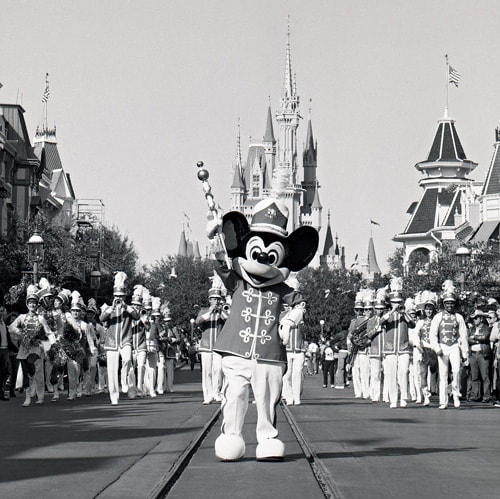 Stepping off for the first time on October 1, 1982, Mickey Mouse appeared in the parade leading a marching band and cheerleaders. The floats that followed sported Mickey Mouse banners and of course, some of Mickey’s best friends, including the Seven Dwarfs, the Three Little Pigs, friends from “Robin Hood,” “The Rescuers” and more. The parade ended in May 1984 to make way for another character’s milestone procession – Donald Duck’s Birthday Parade. Be sure to check back next week for more on that parade!

For more from the “Step In Time’ series, click the links below: