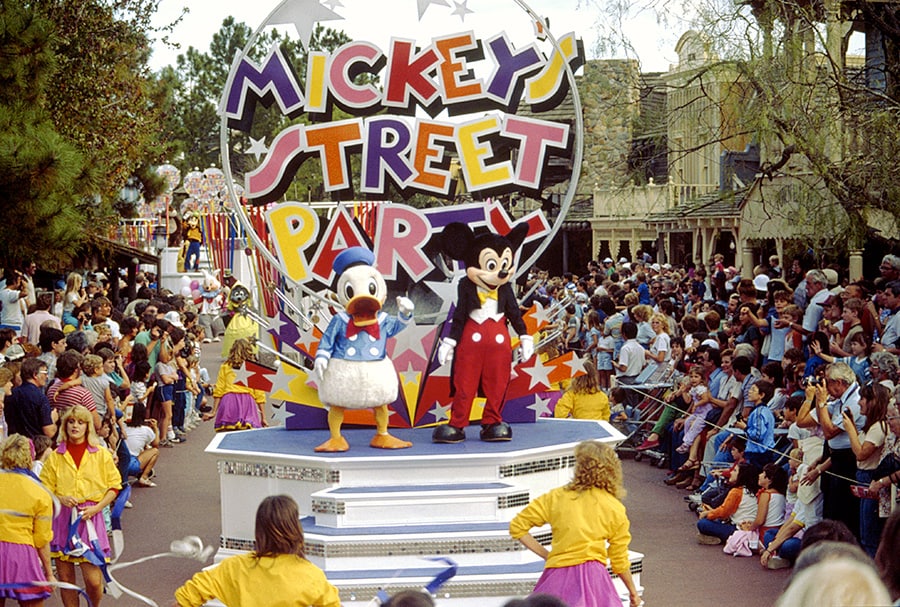 Step In Time: ‘Mickey’s Street Party’ Steps Off In 1985 at Magic Kingdom Park

“Thank you Mickey, thank you Donald! Let’s all give a cheer!” was the rallying cry in the 1985 parade, “Mickey’s Street Party” at Magic Kingdom Park. 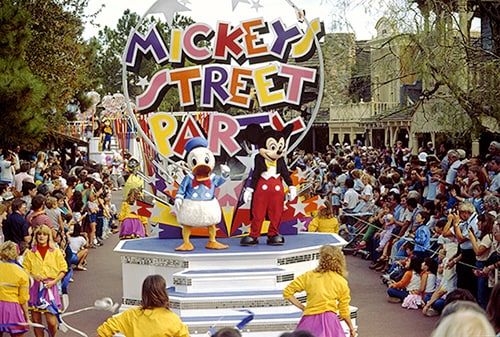 The parade, which added an afternoon dose of Disney fun to Main Street, U.S.A., through fall 1986, featured a bright color scheme of pink, purple, yellow, orange and red, with Mickey Mouse and Donald Duck appearing on the lead “party” float. What followed was a cast of 40 Disney characters that included Br’er Fox and Br’er Bear (“Song of the South”), Alice, Tweedledee and Tweedledum (“Alice In Wonderland”), friends from “The Jungle Book” and many more. Cinderella had her own special float, which was surrounded by waltzing couples and her mice pals, while another float featured Goofy, Pluto, Huey, Dewey and Louie. Plenty of parade performers twirled ribbons, waved flags, and danced along the parade route. The procession concluded with a float of “Winnie the Pooh” characters.