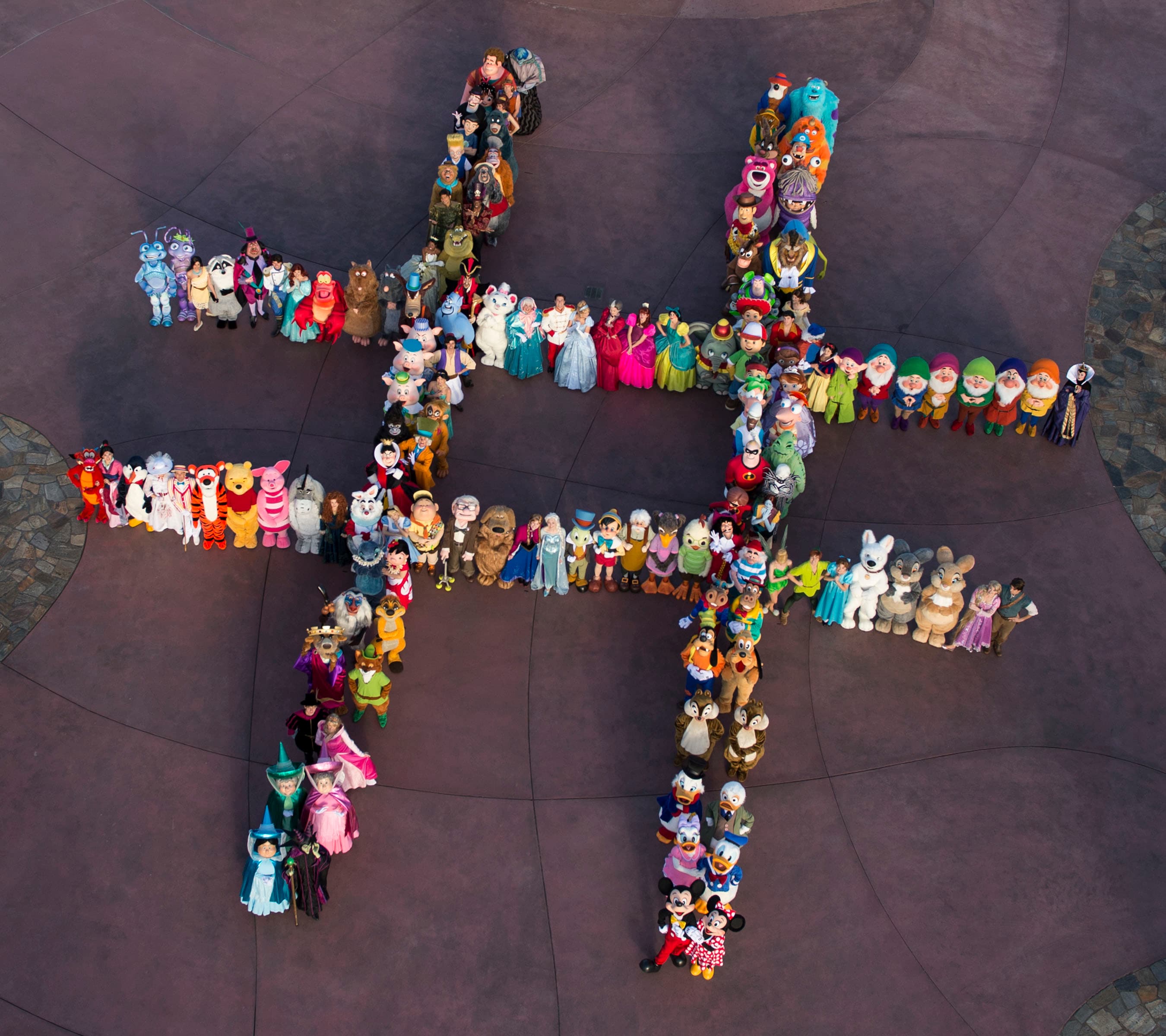 On Friday, we shared a tweet that truly featured 140 characters to officially announce the latest Disney Parks bicoastal, All-Night Extravaganza on Memorial Day Weekend – the traditional start of the family travel season. Our “Rock Your Disney Side Party” will be a fun-filled 24-hour event at both Disneyland Resort in California and Walt Disney World Resort in Florida.

For the Ultimate Tweet, Mickey, Minnie, Donald, Goofy, Pluto and 135 of their friends gathered at Magic Kingdom Park and formed the familiar shape of a hashtag. The 140 characters then invited you and your family to “Rock Your Disney Side” during a 24-hour party to kick off summer.

At this year’s All-Night Extravaganza, everyone is being invited to show their “Disney Side” by dressing as a favorite Disney hero or villain. The Magic Kingdom Park in Florida and Disneyland park and Disney California Adventure park in California will be filled with Disney heroes and villains from 6 a.m., May 23 to 6 a.m., May 24, 2014, local time.

The celebration on both coasts will feature a cavalcade of events showcasing the good-vs.-evil of classic Disney stories including character meet-and-greets throughout the parks, special entertainment, event merchandise and special food and beverage offerings.

Keep checking the Disney Parks Blog and rockyourdisneyside.com for more details and information as we get closer to the All-Night Extravaganza on May 23. And let us know who you’ll be dressing up as – hero or villain?