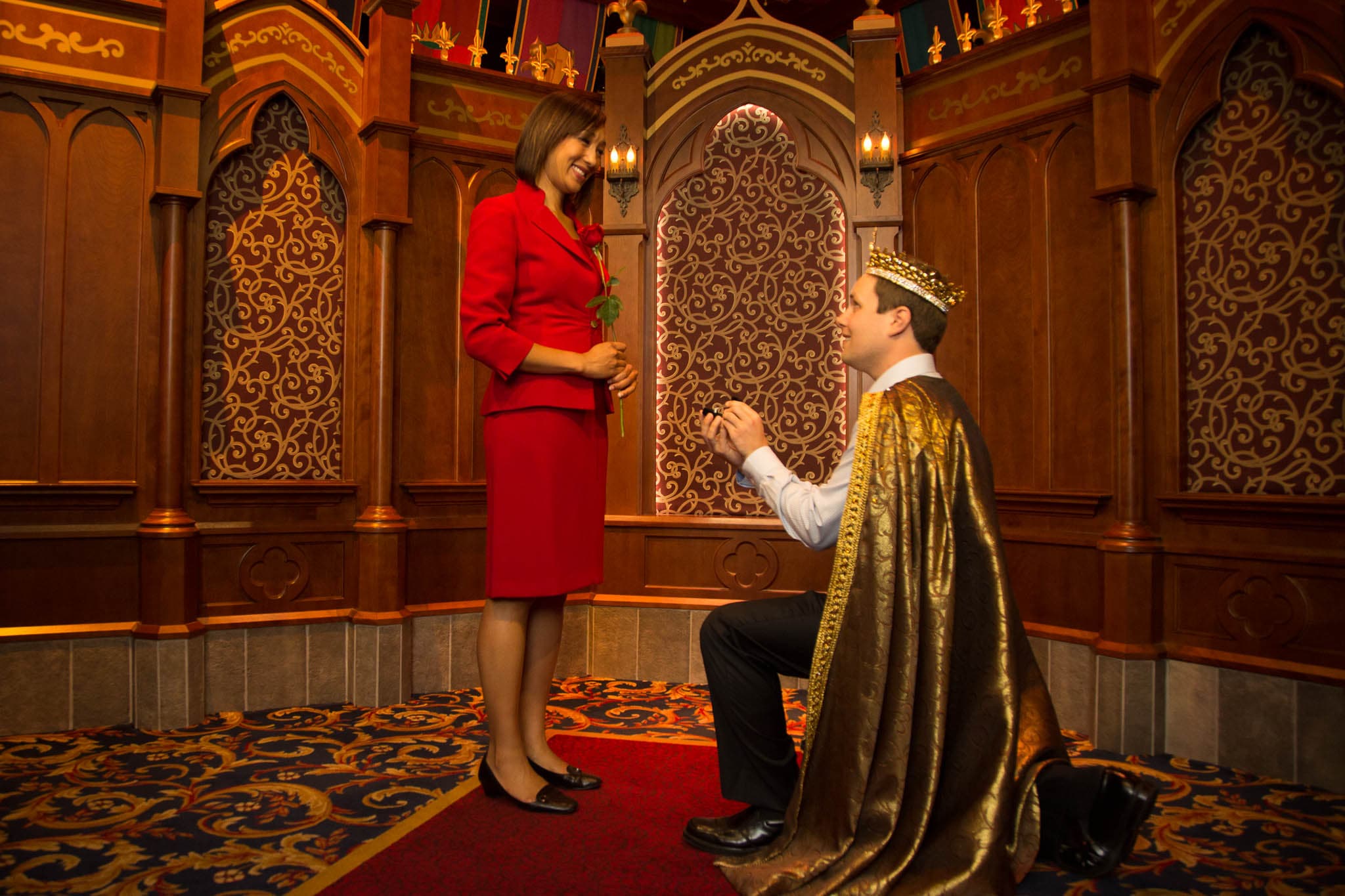 The magic and beauty of the Disneyland Resort is always sure to create romance for our guests, and those who work here are just as susceptible to its power. Indeed, many of our Disneyland Resort cast members have found “the one” working right here alongside them. Today, as we count down the hours to Valentine’s Day, I’d like to share one of these sweetheart stories with you! 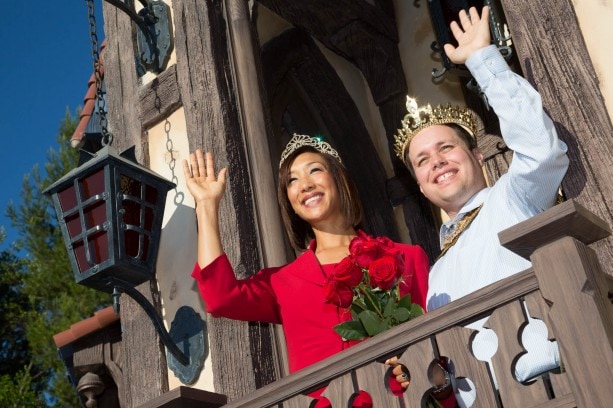 Disneyland Resort Ambassador Sachiko White met her Prince Charming – Imagineer Danny Handke – during her Global Ambassador Training in 2012. On a tour of Walt Disney Imagineering, Danny led the group in a presentation on Mystic Point at Hong Kong Disneyland. Some time later, the two met for lunch to discuss Danny’s involvement as a guest presenter for The Ambassador Program Presents – a special event series for Disneyland Resort cast members.

“We got along like peas and carrots,” Sachiko told me, “and a few days later had an epic, 12-hour date here at Disneyland; we’ve been together ever since.” 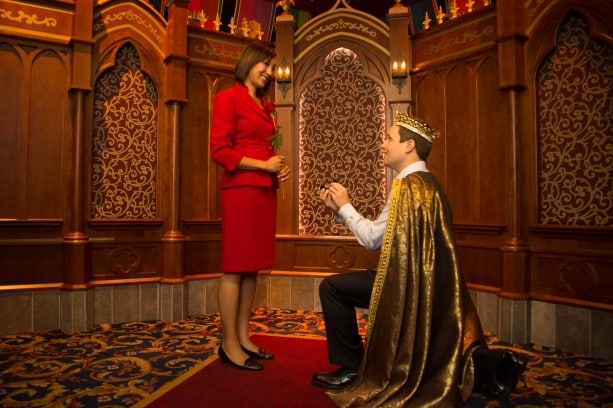 Danny knew that he wanted to propose to Sachiko here at the Disneyland Resort – not only because they are both cast members and it was where they had their first date – but also because Danny is a huge Disney fan and always wanted to get engaged at Disneyland. So he planned a surprise for Sachiko, enlisting her fellow Disneyland Resort Ambassador Megan Navarette. They convinced Sachiko to attend what she thought was a work-related event in Fantasy Faire. Dressed as a king, he presented a dozen roses to Sachiko when she arrived, asking, “Are you the princess I’ve been looking for?”

The two plan to be married next month – March 21, the first day of spring. “To us, the new season means new beginnings, new growth and the beginning of a new chapter in our lives,” Sachiko said.