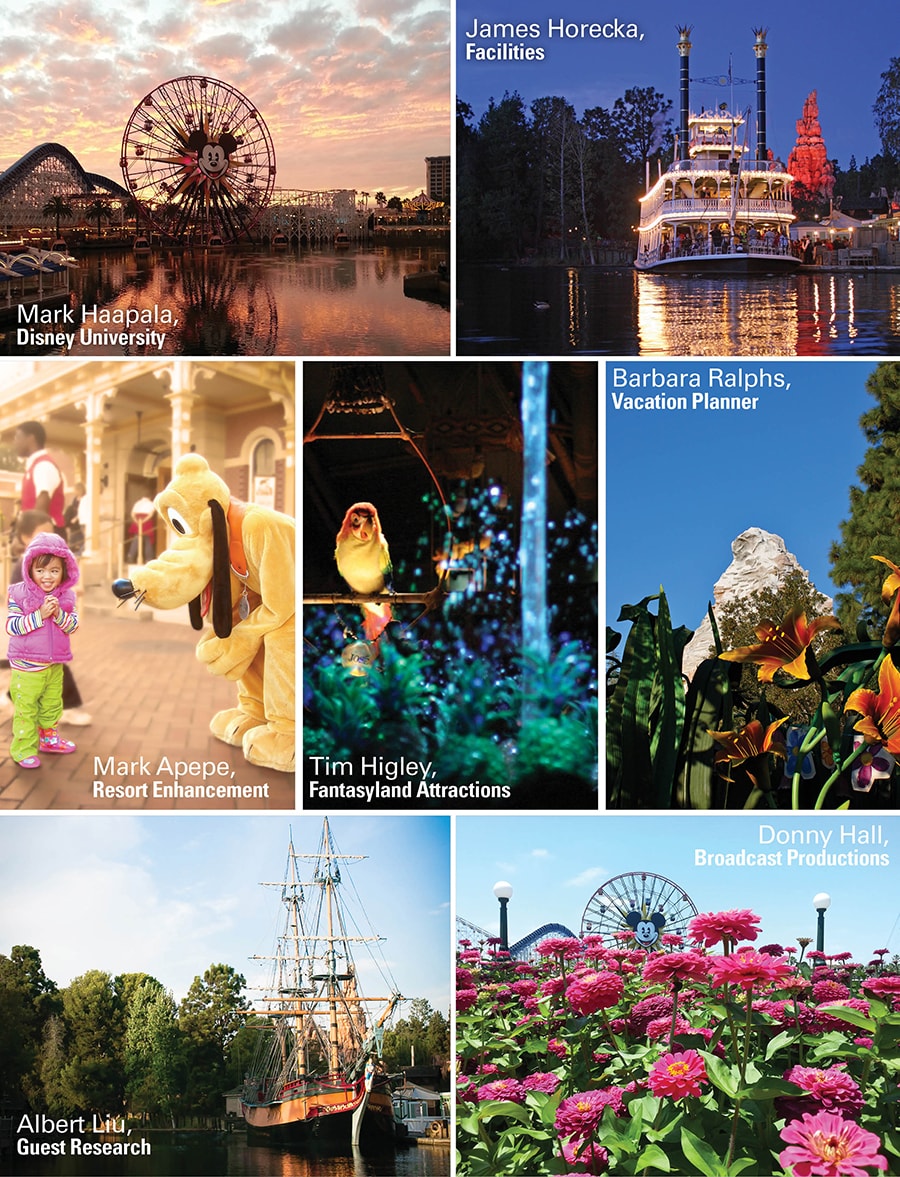 The results are in! Cast member Andy Neitzert’s striking photo of his 4-year-old daughter, Lilly Belle, in Frontierland (yes, she’s named for the Disneyland Railroad train car Lilly Belle, which Walt Disney named after his wife) is the cover of the current issue. When asked about the image, Andy said, “Originally, my ‘happy place’ described a location that made me happy every time I was there. For many years, Disneyland itself was one enormous happy place for me. On Jan. 15, 2010, that all changed. My daughter Lilly was born and she changed everything. Lilly Belle is now my happy place.” See the below collage of the other featured entries!