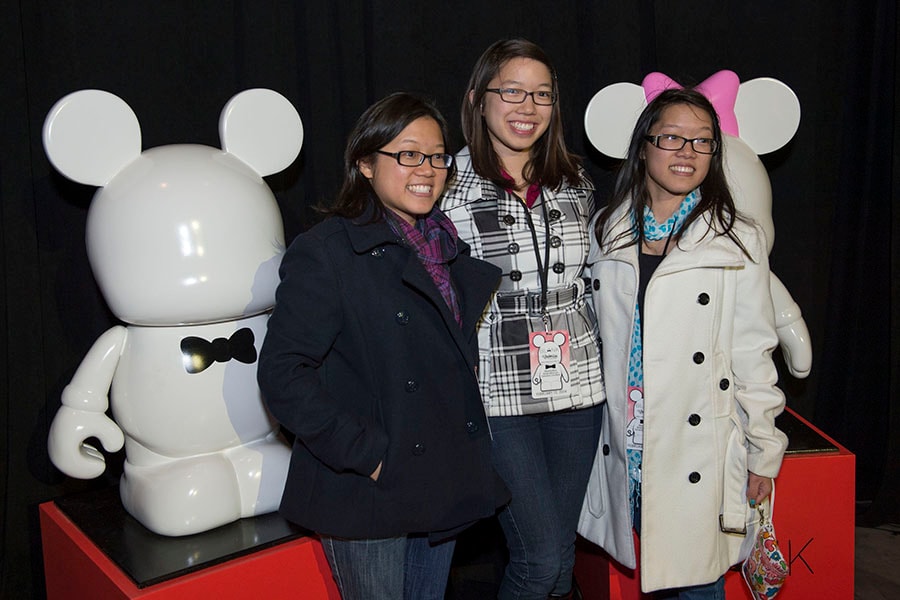 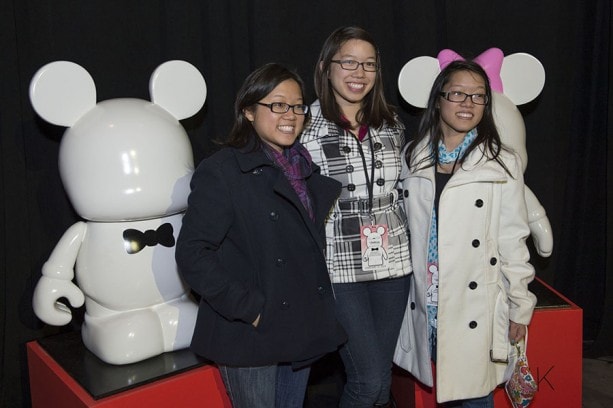 This short film tells the story of an unpainted Vinylmation on a quest to find a lost soul mate. The story is told in miniature scale and was filmed entirely in practical stop motion – amazing!

In addition to the film, our readers heard behind-the-scenes details on the creation of the film from Producer Matt Wyatt. Kevin-Michael Lezotte and Thomas Scott from Disney Theme Park Merchandise also spoke about what it’s like to design Vinylmations and shared sneak peeks at a few new figures that will hit shelves later this year. Check them out below.

To cap off the night, each attendee received a pair of 3-inch, create-your-own Blank and Bow figures.

Learn more about “Blank – A Vinylmation Love Story” at http://www.BlankAndBow.com or on social media channels by using the hashtag #BlankAndBow.