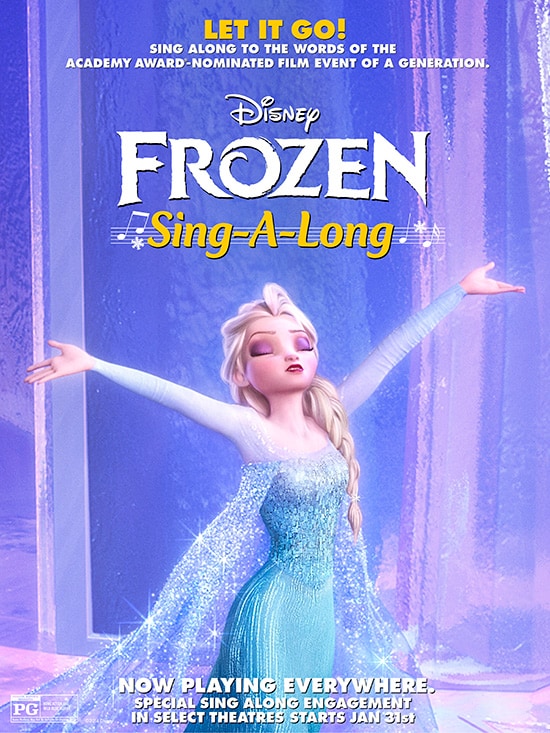 This week we shared updates on a few new interactive offerings that are now available at Disney Parks.

“Frozen – A Sing Along” arrived at AMC Theatre locations at both the Disneyland Resort and Walt Disney World Resort on Friday. This version of the film encourages guests to sing along to the film’s tunes, including the Academy Award-nominated song, “Let It Go.” Be sure to check out Greg’s original post for more details, as well as his interview with the film’s composers.

Over at the Disneyland Resort, Disney Parks Blog author Erin Glover tested out Fun Wheel Challenge, a new game that guests can play at Disney California Adventure using their personal mobile device. For more on how to play, see the video below.

runDisney Launches “I Run Disney” – Everyone Has a Story – Everyone has a reason to runDisney. Watch as Peter Chuchro tells his story. What’s yours?

A Unique Point of View: Sleeping Beauty Castle at Disneyland Park – This week was the 55th anniversary of the Disney animated classic, “Sleeping Beauty.” See these special pictures to honor the occasion!

‘Disney Festival of Fantasy Parade’ Floats Arrive at Magic Kingdom Park – Watch as the floats for this Spring parade arrive under cover of darkness.

VIDEO: Toe-Tapping Fun at the Big Thunder Ranch Jamboree Character Roundup – Visit with some of your favorite Disney characters, learn rope tricks and dance to live piano music at this Disneyland park event.

A Mom’s Take: Choosing the Right European Itinerary for Your Family with Disney Cruise Line – View the newest video of our “Mom’s Take” series, and learn about or Mediterranean cruises.