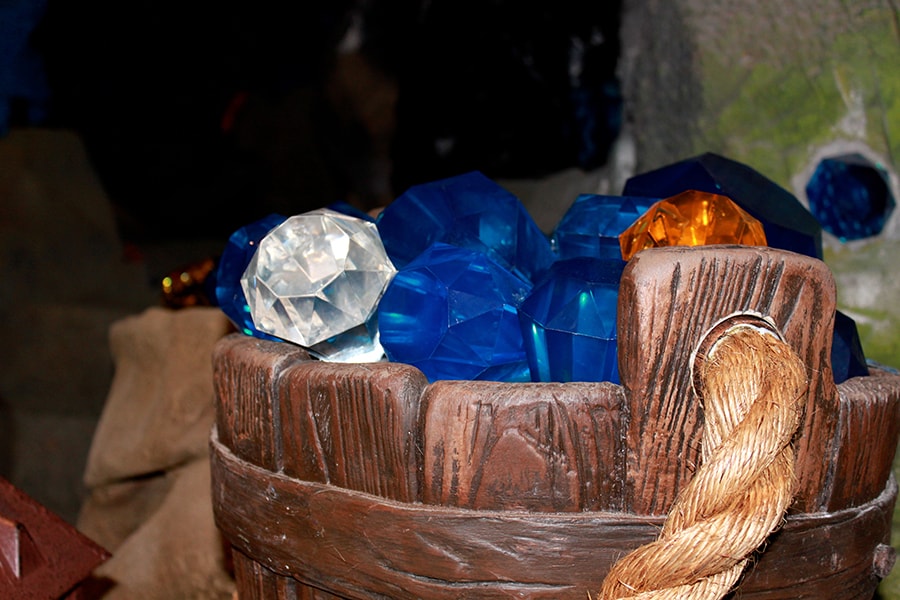 We continued our popular “All in the Details” series this week with a look at some of the props you’ll see inside Seven Dwarfs Mine Train when the attraction opens in New Fantasyland later this year. The props, including lanterns, ropes, pulleys and buckets of shiny jewels were inspired by items found in the mine scenes of the film “Snow White and the Seven Dwarfs.” Be sure to check Jennifer’s original story for more images and details on Seven Dwarfs Mine Train.

Also, we shared some great video from our gala parade celebrating Seattle Seahawks linebacker Malcolm Smith after the big game. During the parade, Smith rode with Mickey Mouse in a shiny convertible as thousands of fans along Main Street, U.S.A., chanted his name. And as the convertible paused in front of Cinderella Castle, Smith once again was showered with confetti, ending his day in similar fashion to his victory only 16 hours earlier.

A Mom’s Take: Immersing Your Family in the Culture and Cuisine of Alaska – Nancy from the Disney Parks Moms Panel offers the best tips for celebrating Alaskan culture … and of course, fresh seafood cuisine!

Celebrate 14 Days of Love at Disney Parks: Love is Creating Cherished Memories – Share some magic this Valentine’s Day by giving something special to a loved one. Disney Floral & Gifts has you covered.

Find Sweets for Your Sweet at Ghirardelli this Valentine’s Season – See what delectable desserts and candy are being offered by Ghirardelli Soda Fountain and Chocolate Shop at Walt Disney World Resort.