This week, we announced that the Epcot International Food & Wine Festival will run a record 53 days, from September 19 – November 10. That’s a whole extra week to take in the marketplaces, cool concerts and some very special dinners. 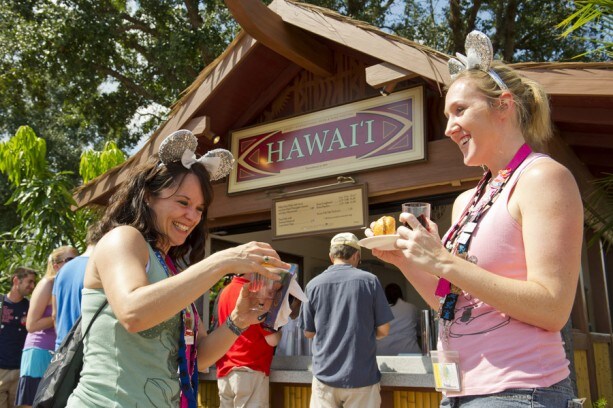 Keep checking the Disney Parks Blog for Pam’s next Epcot International Food & Wine Festival update and the announcement of the lineup of celebrity and Disney chefs.

And we’re continuing our popular series of New Fantasyland live chats here on the Disney Parks Blog. Tomorrow, February 24 at 2:30 p.m. EST, Walt Disney Imagineering Executive Creative Director Dave Minichiello will join us to talk about the attraction and answer your questions.

During the chat, we’ll be sharing an exclusive Walt Disney Imagineering video of Seven Dwarfs Mine Train where you’ll get a sneak peek of the experience inside the attraction.

March Merchandise Events at Disneyland Resort – Get a preview of some of the great events happening in March, including artwork, food tastings, and a book signing by author of the Kingdom Keepers saga, Ridley Pearson.

A Mom’s Take: Making the Most of Your Time in European Ports – Watch as Disney Parks Moms Panelist Marcy shares some of the best ways to enjoy European Ports with Disney Cruise Line.