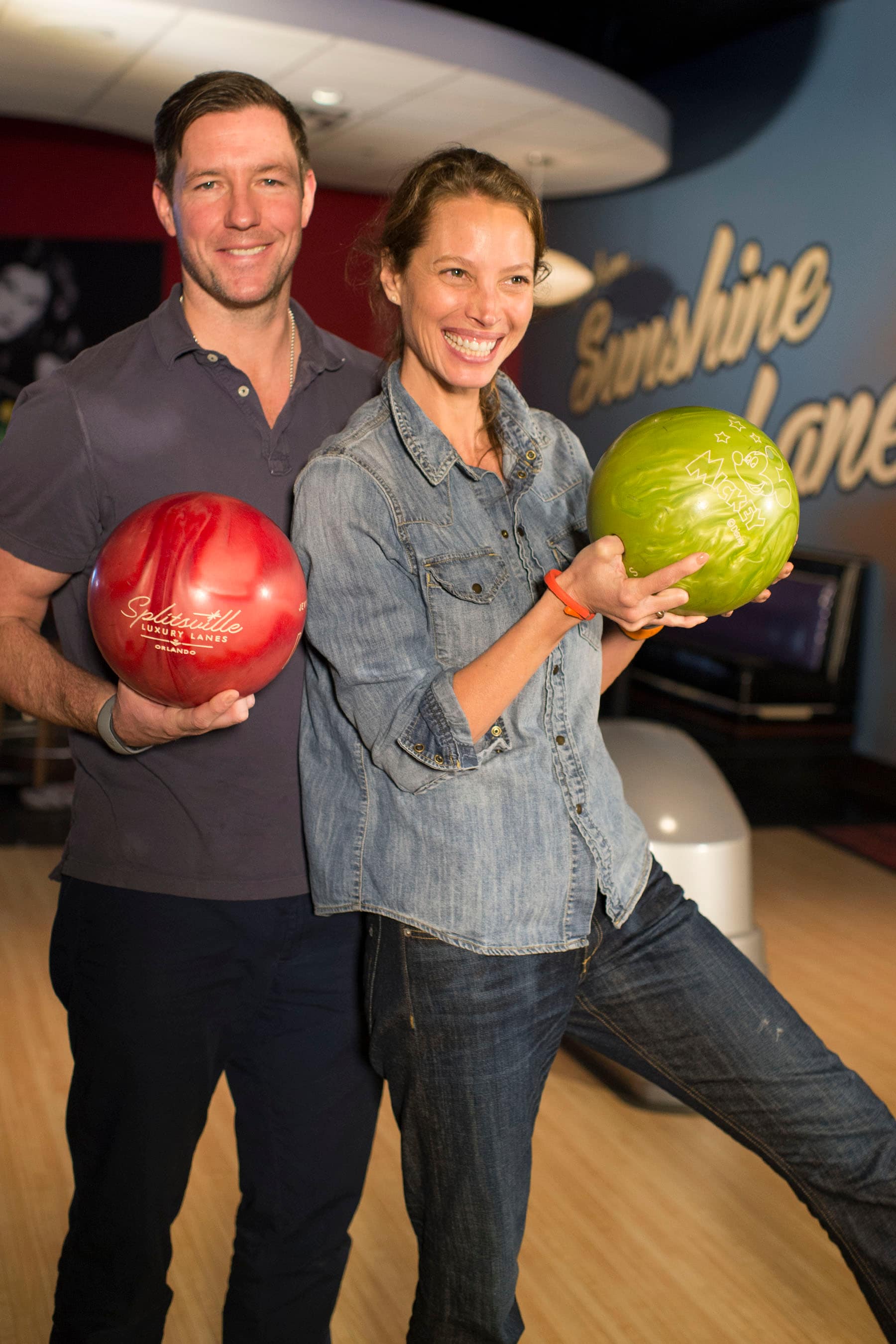 How does a Hollywood power couple enjoy their downtime? Well, if you’re Ed Burns and Christy Turlington, you spend an afternoon at Splitsville Luxury Lanes with an extended group of friends and family.

I had a chance to meet up with the duo over the weekend; within minutes of arriving, their son, Finn, had scored a strike and a sized-for-sharing platter of Splitsville’s sushi arrived at their table. “This is really good,” gushed the supermodel. She sounded surprised; I wasn’t … Splitsville’s food is one of the things that sets the venue apart from other bowling alleys. That, and the fact that it’s truly family-friendly. With a party of 16, the group called ahead to reserve bowling lanes – there was space for everyone to kick back and relax, and plenty of opportunity for a little friendly competition and a lot of laughter. “This family time is really important to us. We’re here at Walt Disney World Resort for our daughter’s gymnastics competition, but we decided to extend the trip and make a real vacation out of it” shared Ed. Christy nodded in agreement, “We left a really cold winter in New York, so this is great!”

Even though Christy admitted “I’m not a great bowler,” she looked like a natural. And though I didn’t stick around to see the final scores, Ed expected that he and his brother would “go at it” on the lanes! The couple took a moment to sign a special bowling pin for the Splitsville team to commemorate the few fun hours they spent there.

With cousins, best friends, siblings (Ed’s brother, Brian, is married to Christy’s sister, Kelly!), and kids in tow, it was the first time the group visited Downtown Disney, but hopefully not the last.

So, have you been to Splitsville? Food, bowling or something else … what’s your favorite part of the “Luxury Lanes” experience? I’d love to hear in the “Comments” section below!

To learn more about Splitsville Luxury Lanes at Downtown Disney West Side, including pricing, hours, and offerings, click here.