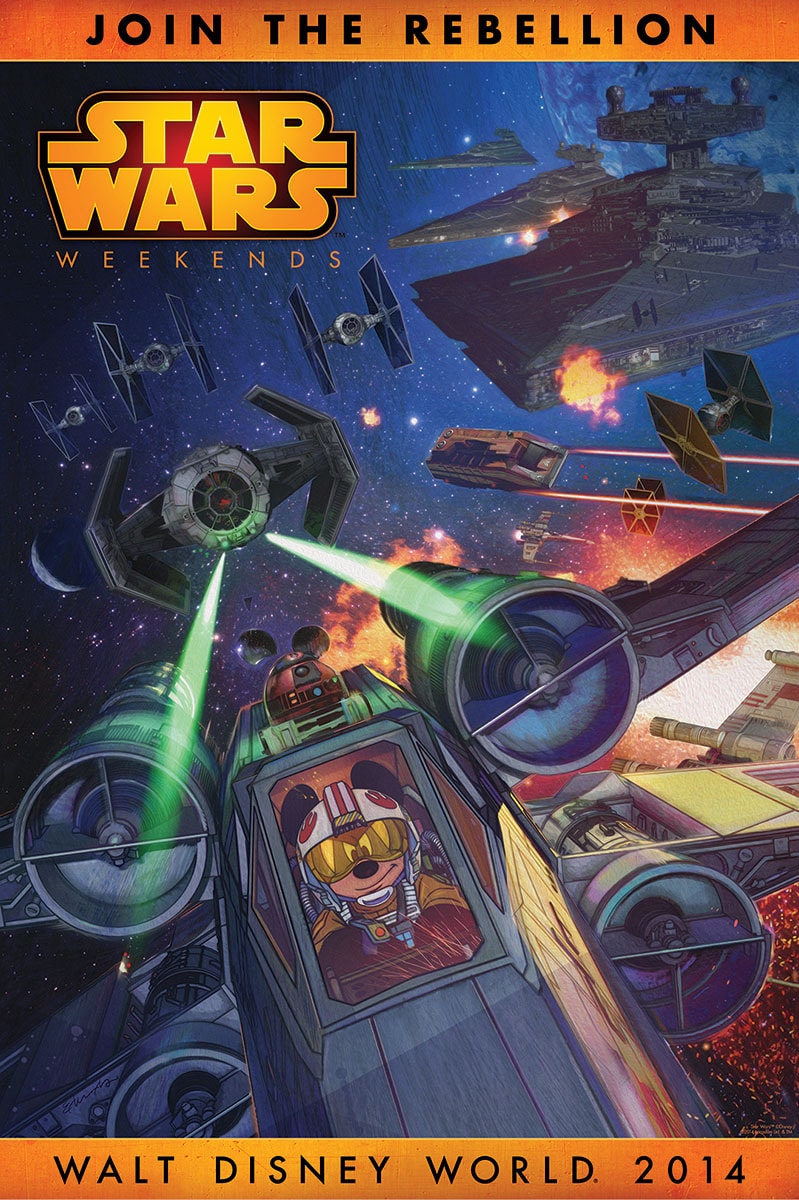 “This year’s merchandise poster contains a few nods to the upcoming Disney XD animated series ‘Star Wars Rebels,” explained Disney Design Group artist Tyler Dumas. “The color orange in the poster was inspired by the ‘Star Wars Rebels’ series’ logo, while the non-specific battle scene is supposed to take place between the events of Episode III and IV. This is similar to the storyline of the upcoming animated series. We also included a Star Speeder 1000 and R2-MK as tributes to Disney Parks.” 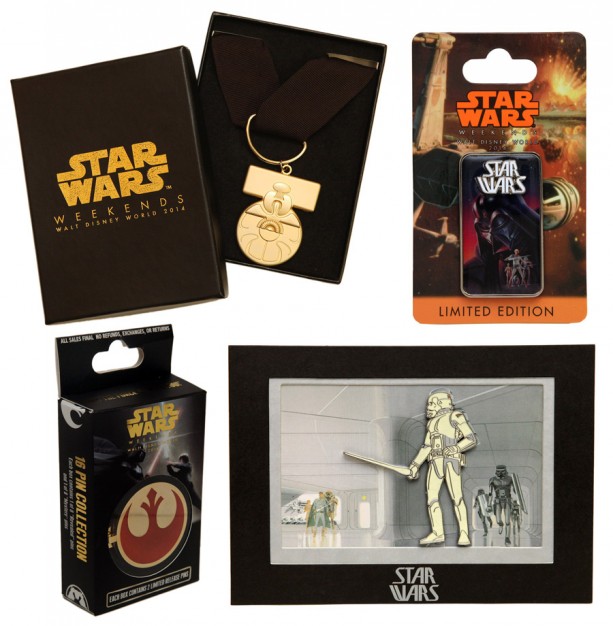 This poster will be used on a variety of items including the ever popular Disney pins. The Disney pin team will also release a few other items like concept artwork cards with pins, a limited release mystery set and, my favorite, a Battle of Yavin lanyard with medal. 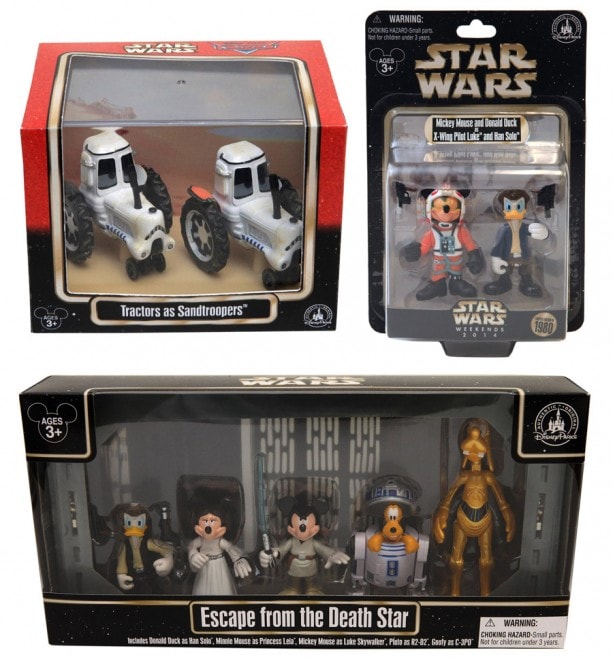 To round out the preview, the arts and collectibles team have designed four medium-sized figures (Pluto dressed as an AT-AT is my favorite!). 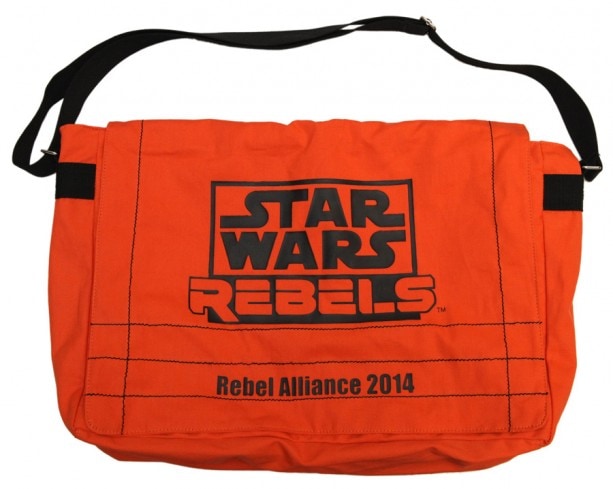 I promised some details about a merchandise ticketed event on Thursday, May 15. The “Rebel Rendezvous” will be held between 10 a.m. and 5 p.m. at Disney’s Hollywood Studios. Attendees will receive exclusive access to Darth’s Mall one day before it opens to the public; a limited edition recruitment pack with items like a custom messenger bag, cadet hat, tumbler, lanyard, pin and medal set; preferential opportunity to purchase select 2014 Star Wars Weekends merchandise; and special meet and greet opportunities with characters and Disney artists.

Registration for the event will begin on March 4, 2014 at 1:00 p.m. EST at www.DisneyParksMerchandise.com, but you can visit the site now for additional details and restrictions. A catalog with additional merchandise images will be published on March 4.