When three-time Olympian Kim Smith decided to run the Disney Princess Half Marathon presented by Children’s Miracle Network Hospitals on Sunday, she figured she would get a nice training run out of it in preparation for the London Marathon. Instead, she got a whole lot more. 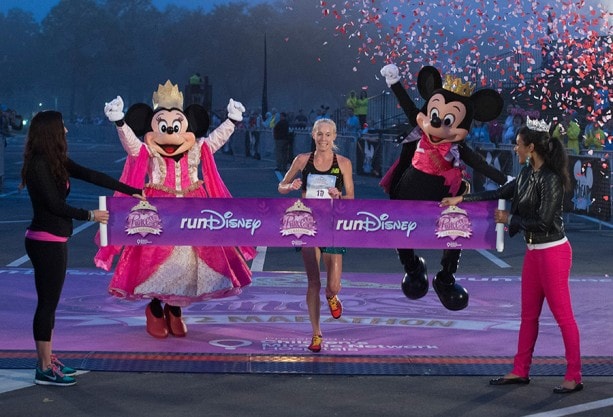 Smith set a course record, shattering the previous mark by nearly six minutes, and crossed the finish line nearly 15 minutes ahead of everyone else. Smith ran the 13.1-miles through Epcot and Magic Kingdom Park in 1:11:49, easily surpassing the previous course record of 1:17:38 set last year. 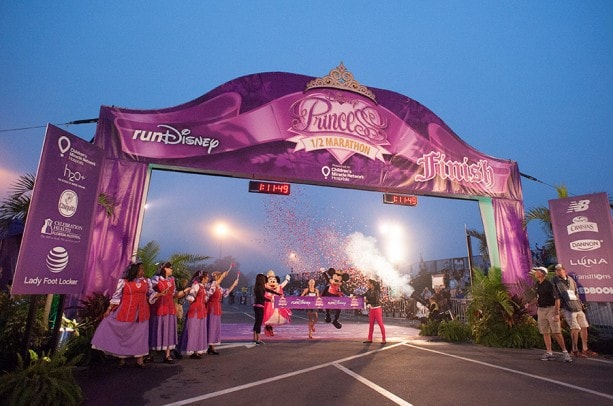 “I wasn’t sure of the course record before the race, but my plan was to run it in about 72 minutes so that’s about perfect,” said Smith, who is an elite runner with New Balance.

The course record, though, wasn’t the only thrill for Smith, a New Zealand native who was running her first runDisney event. Like many of the more than 24,000 mostly women runners, the highlight of the race for Smith was running through the Disney theme parks. “It’s just a lot of fun,” she said. “It’s definitely a fun event that’s pretty low-key for an elite athlete to do. I’d recommend it to people out there.”

There was no shortage of runners Sunday who felt the same way. The 24,000 runners Sunday were part of the 40,000 who participated in various races during the four-day event, which is one of the largest women-focused events in the nation. Many runners took on an even bigger challenge – namely the inaugural Glass Slipper Challenge, which involves running the Disney Princess Enchanted 10K on Saturday before running Sunday’s half marathon. That’s 19.3 miles!

Smith, 32, just stuck with the half marathon. And judging by her performance Sunday, that was more than enough for this princess for one day.