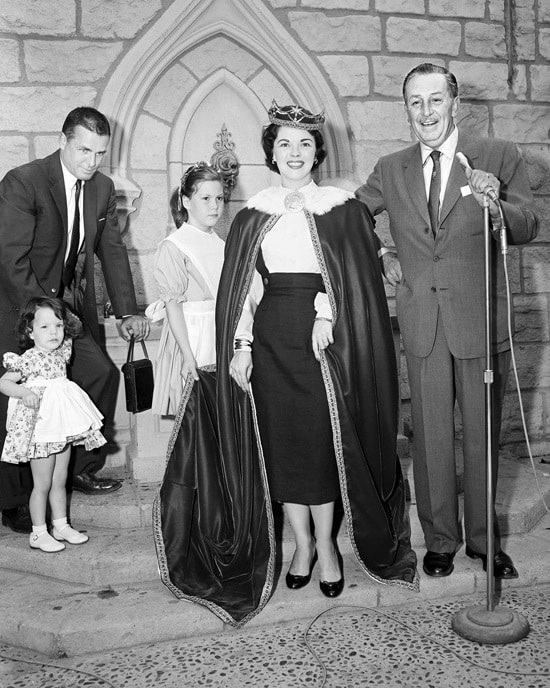 Iconic film star from the 1930s, turned U.S. diplomat, Shirley Temple Black, passed away yesterday at the age of 85. Although she never appeared in a Disney film, she knew Walt Disney, and has a unique place in our history including an animated caricature cameo in the Donald Duck short, “The Autograph Hound,” as well as her service as a member of the Disney board of directors in the mid-1970s.

But we have a special memory of Shirley Temple here at the Disneyland Resort that some people may not be aware of. 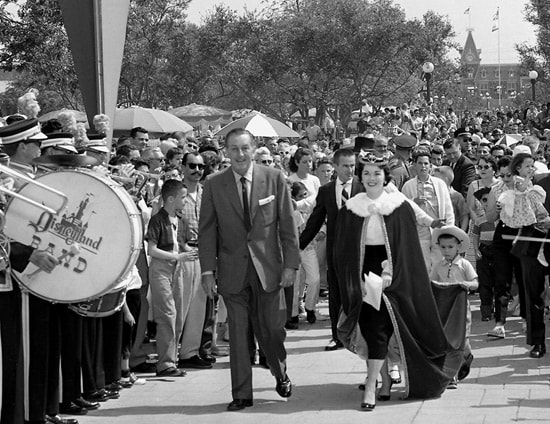 In April 1957, Walt Disney invited Shirley to oversee the opening of the Sleeping Beauty Castle Diorama.

Her daughters Lori and Linda can be seen in the background, along with her husband, Charles Black. She later said this was the last time she saw Walt Disney, whom she remembered fondly.

It was 18 years earlier that Shirley, at the height of her phenomenal film career, presented Walt Disney with a special Academy Award (including seven miniature statuettes) for “Snow White and The Seven Dwarfs” in acknowledgment of the “significant screen innovation which has charmed millions and pioneered a great new entertainment field for the motion picture cartoon.”

A photo of this iconic moment in Hollywood history hangs proudly in the hallway leading to the dining room of Carthay Circle Restaurant at Disney California Adventure park. 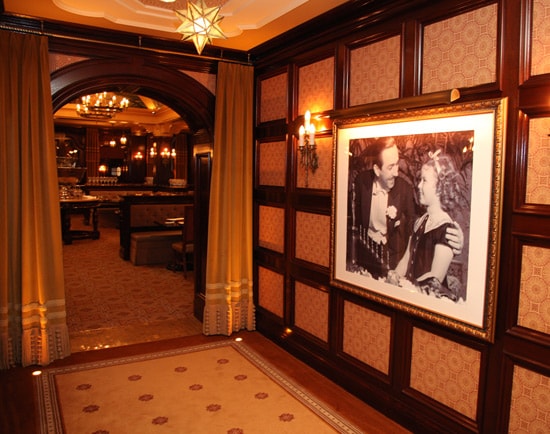 Shirley: “I’m sure all the boys and girls in the whole world are going to be very happy when they find out the daddy of ‘Snow White and the Seven Dwarfs,’ Mickey Mouse, Ferdinand and all the others is going to get this beautiful statue. Isn’t bright and shiny! Aren’t you proud of it, Mr. Disney?”

Walt: “I’m so proud I think I’ll bust. You know I think that Mickey Mouse, Ferdinand, Snow White and all the dwarfs are going to be very proud that you presented it.”