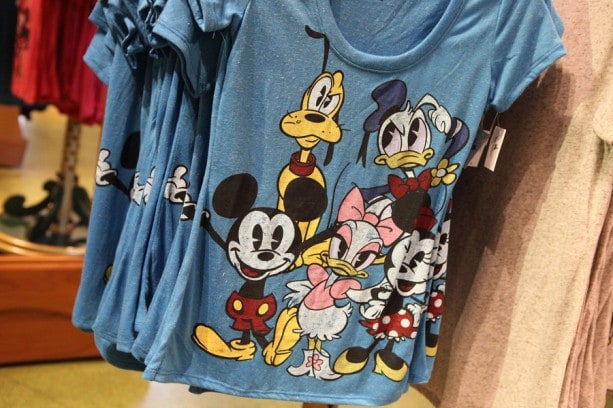 There are two times during the year that our Disney Theme Park Merchandise team introduces new apparel at Disney Parks – spring and fall. Since the spring items can be set as early as February, I contacted the softlines team for an update. They shared with me a few new items for women and girls that I thought would be perfect for showing off your Disney Side at Disney Parks. In California, look for these T-shirts at World of Disney in Downtown Disney District, Gone Hollywood at Disney California Adventure park, and Disney Clothiers in Disneyland park.

For guests in Florida, look for the T-shirts at World of Disney in Downtown Disney Marketplace, Mouse Gear at Epcot, and Emporium at Magic Kingdom Park. 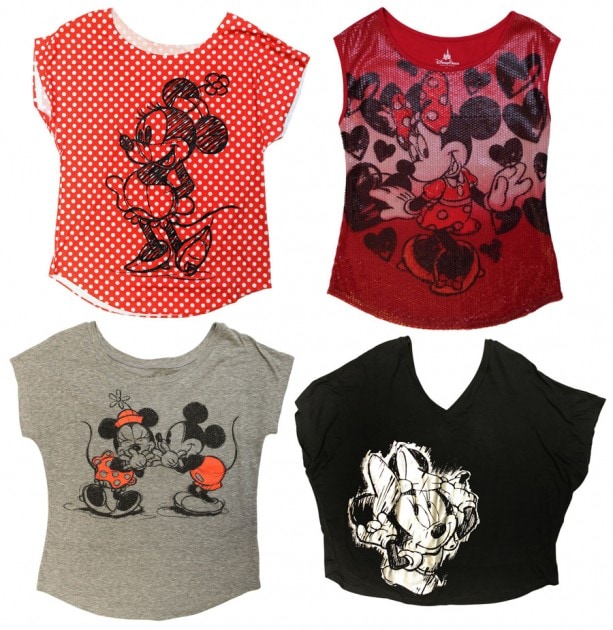 The softlines team also shared with me four new Minnie Mouse T-shirts coming soon to Disney Parks. They are part of a new art program called “Beyond the Dot” which contains a host of fresh, fashion-forward designs and original illustrations by Disney Design Group artists. These four women’s T-shirts are some of the first from that program. Look for additional styles in the coming months that feature Minnie Mouse in a whole new way. For girls, the softlines team is introducing four T-shirts that feature classic couples like Ariel and Prince Eric, or Rapunzel and Flynn Rider. They said these T-shirts are test items as they have never really featured couples like this before on girls’ apparel.

The girls’ T-shirts and the “Beyond the Dot” items will be carried in select locations at both Disneyland Resort and Walt Disney World Resort. There are no immediate plans to carry these items on the Disney Parks online store.