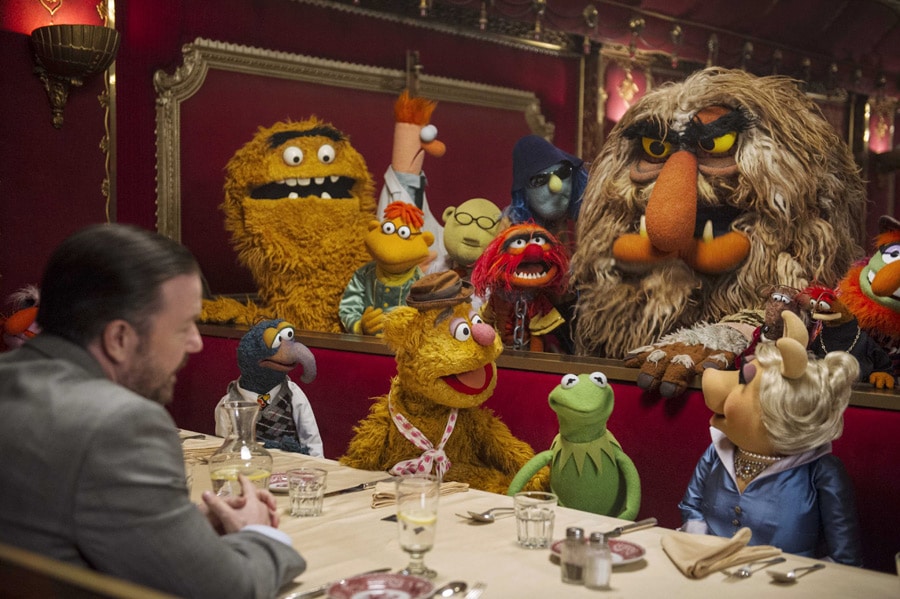 Sights and Sounds of Disney Parks: Kermit Talks about Disney and the Muppets

Kermit is one busy frog right now, with Disney’s “Muppets Most Wanted” premiering on March 21 and a whirlwind of interviews and personal appearances in the next few weeks. But when he heard that we wanted to talk to him about two of his favorite subjects, he dropped everything to talk with us. What a pro! 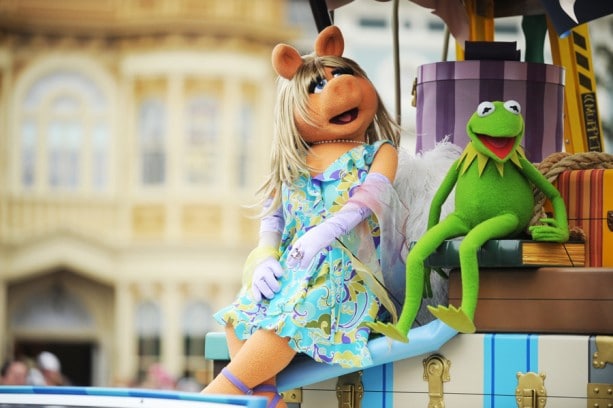 GREG: Thanks for seeing us on short notice.

KERMIT: I’m already short, it’s the only kind of notice I do. Seriously, it’s a pleasure to be here! I’ve been a big fan of Sights and Sounds of Disney Parks, since we first opened Muppet*Vision 3-D.

GREG: Today marks a landmark point in history: when the Muppets and Walt Disney Studios joined as a family.

KERMIT: Yeah, that was a great day. Mickey and I have known each other for years. (We’re both members of Fictional Talking Animals of Hollywood.) I was so glad when we finally got together!

GREG: Have you and the gang done anything to mark the date?

KERMIT: Well, Miss Piggy went shopping, Fozzie told jokes, Gonzo got shot out of a cannon and, last I looked, Swedish Chef was being chased down Main Street by an angry lobster. Of course, that’s pretty much what the Muppets do everyday. But it’s still a big occasion for us.

GREG: I was so excited when it happened. I think the Walt Disney Studios and the Muppets are a match made in entertainment heaven. 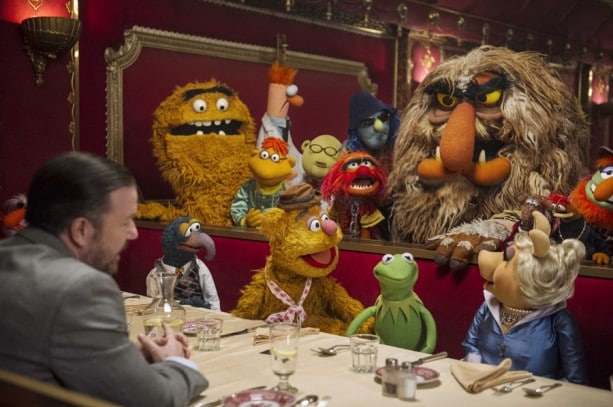 KERMIT: We agree, and we’re so excited to be doing another new movie for Walt Disney Studios. It’s coming to theaters March 21st, it’s called “Muppets Most Wanted,” and it features Miss Piggy, me, Animal and the whole gang – plus Ricky Gervais, Ty Burrell, Tina Fey, and more cameo guest stars than you can shake a stick at. (Please refrain from shaking sticks at the guest stars. It makes them nervous.)

GREG: Kermit, I’m a fan of both Disney and Muppets music. I have all your records and of course, I’m as excited about the “Muppets Most Wanted” soundtrack as I am about the movie.

KERMIT: I’m a huge fan of Disney music, too. It’s such a part of the magic – just like it is with us Muppets. And I’m really thrilled about the music in “Muppets Most Wanted” – all new songs written by Bret McKenzie, who won an Academy Award for best song for “Man or Muppet” from our last movie. (By the way, if you’re reading this Bret, Miss Piggy says she’ll return your Oscar to you, and I quote, “soon.” Good luck with that.)

GREG: Any chance you could get your pals into a recording studio to do an album of Disney songs?

KERMIT: We’d love to! Of course, Miss Piggy wants to do all the Disney Princess songs. And Fozzie is a major fan of “I Love to Laugh” from “Mary Poppins” and “The Bear Necessities” from “The Jungle Book.” And me? Well, I’d be honored to sing just about any song in the Disney songbook. Just show us the recording studio and we’ll be there!

GREG: Are there any movies or TV shows from the Walt Disney Studios that inspired you in your youth?

KERMIT: Well, on TV, I always loved “Walt Disney’s Wonderful World of Color,” especially when the color was green. And at the movies, I grew up loving “Dumbo,” “Bambi,” “Pinocchio,” and more recently “Frozen.” And, naturally, “The Princess and the Frog.”

GREG: How about Disney Parks attractions? Of course, we all love Muppet*Vision 3-D, but what are some of your friends’ experiences with attractions?

KERMIT: I guess it’s not fair to say we love them all. But it’s true. Let me see. Well, Miss Piggy loves Sleeping Beauty Castle so much, she tried to sublet it. And Sam Eagle can’t get enough of the Enchanted Tiki Room. (It’s a bird thing.) Fozzie, of course, loves the Jungle Cruise – he always brings a notebook so he can write down those jokes told by the guides. (Funn-ee!)
Gonzo is a big fan of Space Mountain. There’s nothing he likes better than flying through the air in total darkness. And as for me, I’ve loved It’s a Small World ever since I first saw it at the New York World’s Fair. Very catchy tune, too.

GREG: Do you think Walt Disney himself was fond of frogs? What would you say to him if you met him?

KERMIT: Ulp….I’d, uh, probably be speechless. In so many ways, Mr. Disney reminds me of another creative genius who created worlds and imagined wonderful possibilities – Jim Henson. I think I’d tell him Jim was my close friend, and then I know we’d have lots to talk about.

GREG: I can’t wait to see the topiaries of you and the Muppets at the Epcot International Flower & Garden Festival. How did you get Miss Piggy to agree to be depicted in the form of a shrubbery?

KERMIT: She loves it. She loves to be depicted in all media –film, shrubbery, videotape, marble, gold, even chopped liver. If it means being the center of attention, she’s there!

GREG: Speaking of Miss Piggy, are you still dating her, or have you both decided to see other pigs and frogs?

KERMIT: Miss Piggy and I have a complicated relationship – which you can find out more about in “Muppets Most Wanted.” Y’see there’s this frog named Constantine, who looks just like me, but he’s actually the world’s number one criminal and … you should see the movie; it’ll all make sense.

GREG: All of us in the Disney Parks family are thrilled with all of us being part of the same family. What do you see ahead for us in the future?

KERMIT: Well, of course, I’m hoping that we’ll keep doing movies, but I also dream of doing more Muppets attractions, events and appearances in the parks. Topiary is a good start. I hope we can keep going!

GREG: Thanks again for meeting with us, Kermit. My whole family will be in our theater seats when “Muppets Most Wanted” opens next month.

KERMIT: See you there!

Likes (0)
Share Sights and Sounds of Disney Parks: Kermit Talks about Disney and the Muppets