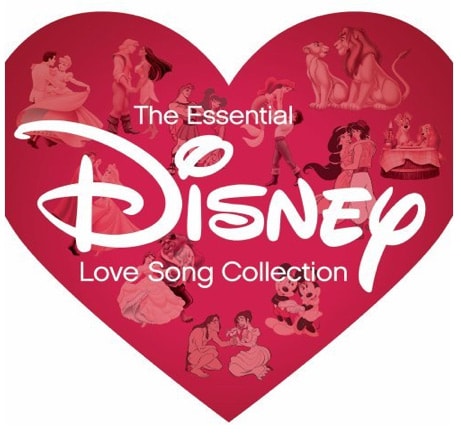 Sights & Sounds of Disney Parks: Love is a Song That Never Ends

Almost all great relationships have an “original soundtrack.” The two of you have certain songs — even specific parts of songs — that bring you back to the places where you first met, the fun times you had, the tiffs that ended in making up and that “world of laughter and world of tears” that make up a beautiful life together.

Since you’re reading the Disney Parks Blog, there’s a good chance that there might be a Disney song or two on your “soundtrack.” Here’s a quick list of a few tunes that you’ve possibly chosen to make “yours” — or may want to add. Keep in mind that I’m going to leave a lot out, so be sure to add your favorites in the “Comments” section. Disney’s “Frozen” is still burning up box office records and the music charts — and “Love is an Open Door” is certainly a new favorite love song. I was just listening to the Deluxe 2-Disc Edition of the “Frozen” sound track and this song (among others) is also sung on the demo recording by the Oscar-nominated songwriting couple themselves, Bobby Lopez and Kristen Anderson-Lopez. They have excellent singing voices!

At select Disney Parks shops, look for Walt Disney Records’ newest collection of great Disney songs: Disney Classics. It’s a 4-disc boxed set that has lots of tunes for couples, including “A Whole New World” from “Aladdin” and “Once Upon a Dream” from “Sleeping Beauty.” I’d also consider these love songs of a sort: “Let’s Get Together” from “The Parent Trap” and “The Ugly Bug Ball” from “Summer Magic” (an offbeat love story in song that was particularly popular in the U.K.). These are all soundtrack and original cast recordings.

The Essential Disney Love Song Collection contains a mix of soundtracks and new renditions of must-have romantic ballads like “Can You Feel the Love Tonight” from “The Lion King,” “Beauty and the Beast,” “So This is Love” from “Cinderella” and what is probably the quintessential Disney love song from one of the most romantic scenes in movie history: “Bella Notte” from “Lady and the Tramp.” 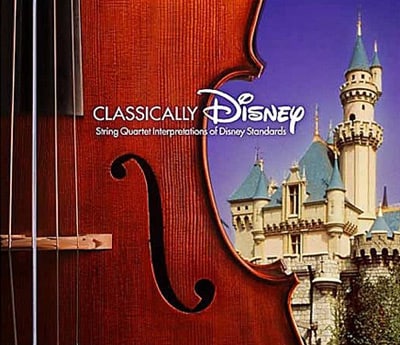 The perfect album for those elegant evenings of cheese, wine and gossamer-like reminisces about your last Disney Parks visit together is Classically Disney. This is an exquisite array of Disney hits played by a superb string quartet, including “Someday My Prince Will Come” from “Snow White and the Seven Dwarfs,” “Kiss the Girl” from “The Little Mermaid” and even “There’s a Great Big Beautiful Tomorrow” from Walt Disney’s Carousel of Progress. While this disc is playing, you’ll almost hear Jeeves, your imaginary English butler, ask, “Would you care to partake of another smoked turkey leg, sir?” or “Shall I scoop out several dollops of Dole Whip for you, madam?” 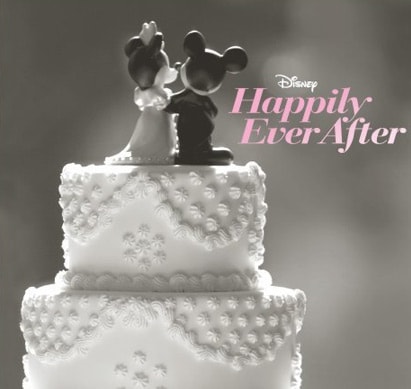 Here’s an album I particularly like because, as a music buff, I love all those great studio vocalists and musicians who have sung and played on the best recordings of all time. Many of the best talents in the music business were selected to perform on Happily Ever After (the CD with Mickey and Minnie on the wedding cake).

And one of them is a hero of mine. When you listen to “Happily Ever After” from “Enchanted” on this album, you’ll be hearing the legendary Ron Dante. A hugely successful producer of Broadway shows and superstar recordings, Ron also sings in hundreds of commercials from “I’d Like to Teach the World to Sing” for Coca-Cola to Applebee’s and Dr. Pepper. Best of all, he’s the lead singer of The Archies (“Sugar, Sugar”). Ron is a huge Disney fan just like us, he loves Disney Parks, and even performed the hits of The Archies live at Epcot. 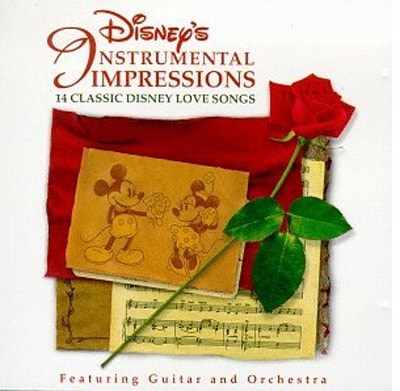 Many couples share what they call “our song.” For my wife Suzanne and I, it’s “Love is a Song” from “Bambi.” Sweet and simple, it reaches into the heart the way only great music and lyrics can. We wanted it played at our wedding, but since it was a traditional church ceremony, we asked our clergyman to watch the movie to decide if we could use it. Of course, he loved seeing Bambi again after so many years. Not only did a live tenor sing “Love is a Song” in the ceremony, a soprano sang the “Alleluia” and the organ played the “Processional,” both from “The Sound of Music.”

Anyway, “Love is a Song” is available on the original “Bambi” soundtrack album on iTunes, but there’s also a wonderful instrumental version on a disc available at select Disney Parks locations called Instrumental Impressions (and if you happen to be planning a wedding, you can get the same music on a CD called Disney’s Fairy Tale Weddings).

“Like the voice of a heavenly choir, love’s sweet music flows on…”

So, what’s your romantic “soundtrack?”