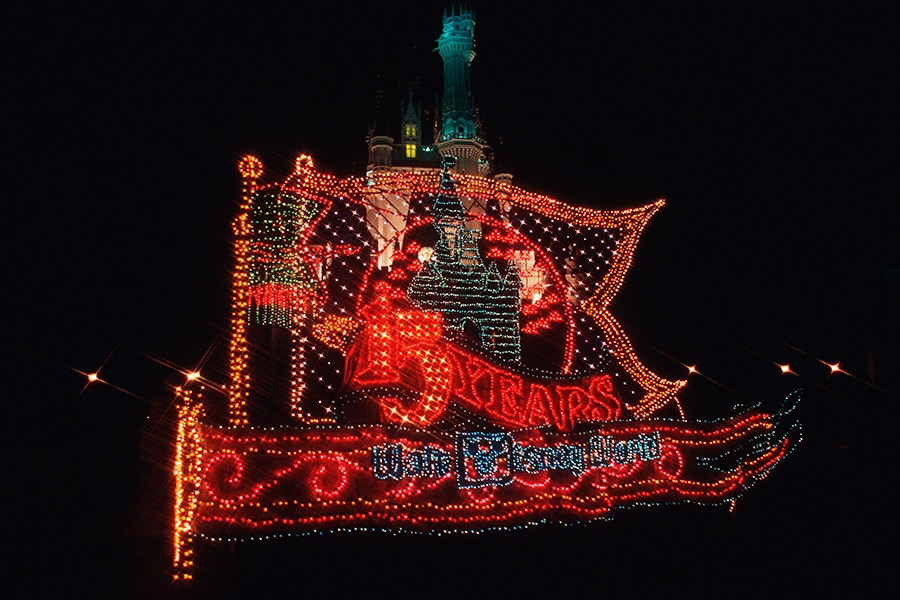 Magic Kingdom Park ushered in its 15th Anniversary celebration on October 1, 1986, with a new “15 Years of Magic” parade, which featured 40 Disney characters, new floats and a special “We’re Having A Party” theme song. 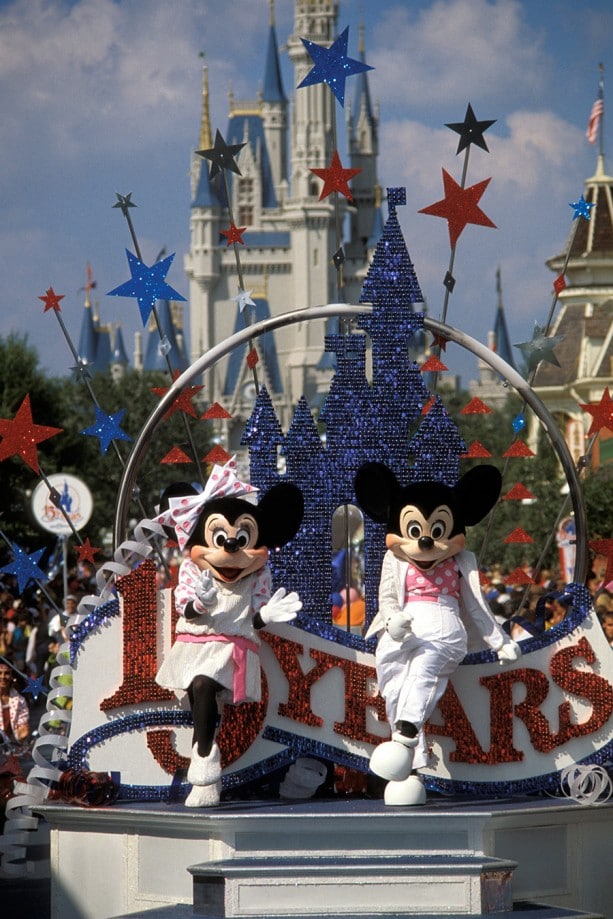 Leading off the daily parade was the guest of the day, who was randomly selected to win a new red Chevrolet Cavalier convertible (a giveaway that was done daily throughout the park’s 15-year celebration). Chip and Dale followed as the lead singers on a rock-and-roll themed float, while Pluto, Big Bad Wolf, Tigger and Brer Bear served as the backup band. Eight rollerskaters circled the parade float as it rocked down the parade route. Next up was Donald Duck, who was the center of attention on a party themed float decorated with streamers and full of gift boxes. One float that was not-to-be-missed was the birthday cake float. On it, Country Bears Wendell, Shaker and Liver Lips are having quite a time trying to get the cake baked. The finale parade float was a crystal version of Cinderella Castle, with Goofy waving from the top.