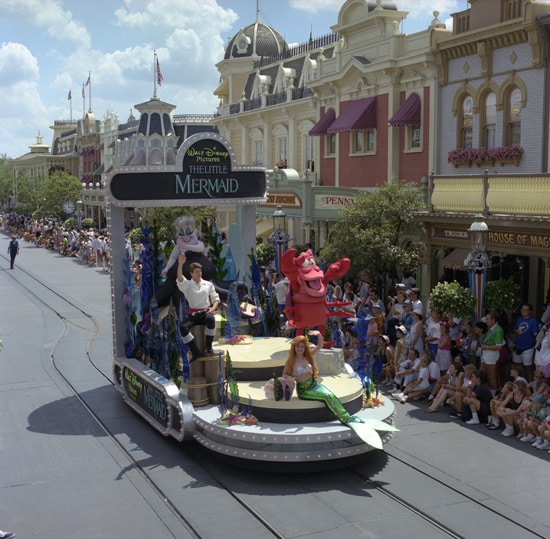 Mickey Mouse, outfitted in white ship captain’s attire, led the procession atop a gleaming steamboat. Following along were the Country Bears, as well as Brer Rabbit, Brer Fox and Brer Bear. The Mad Hatter from “Alice In Wonderland” rode along the parade route in a gazebo, while Cinderella appeared in her pumpkin coach. Another fun aspect of this parade was a team of rollerskaters, who whirled along the parade route.

Another notable fact was that this was the first parade to feature an appearance by the cast of “The Little Mermaid,” which was released earlier that year. Check out their first float above, which featured Ariel, Ursula, Prince Eric and Sebastian.