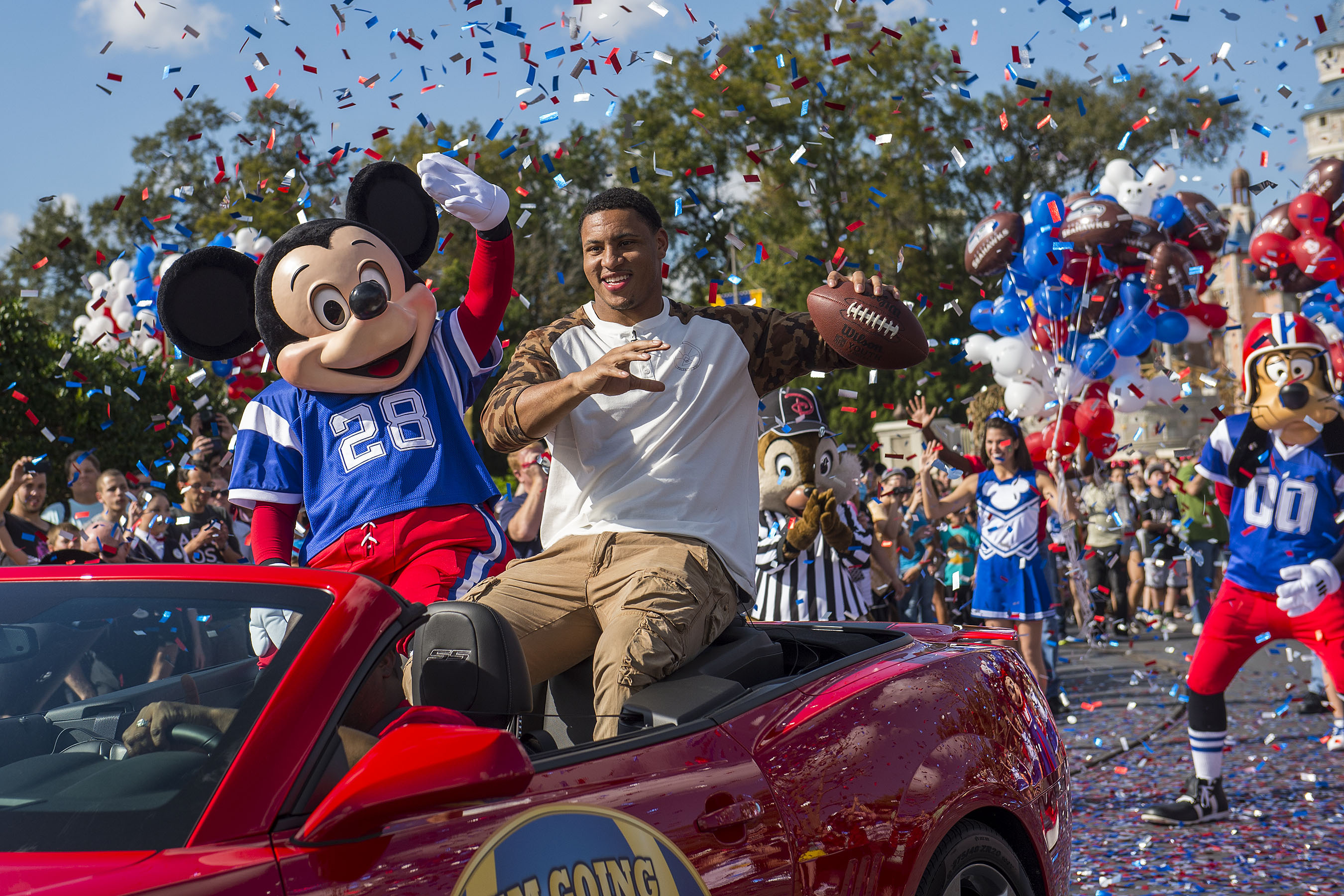 Less than 24 hours before today’s parade, Smith stepped onto the field at MetLife Stadium in East Rutherford, N.J., with his Seattle Seahawks teammates to vie for the NFL championship. Immediately after the game, as confetti cascaded on the field, TV cameras captured Smith’s celebratory answer to the famous question: “You’ve just won the Super Bowl. What are you going to do next?”

Smith, a Seahawks linebacker, is the first NFL defensive player to star in the iconic Disney Parks commercial. 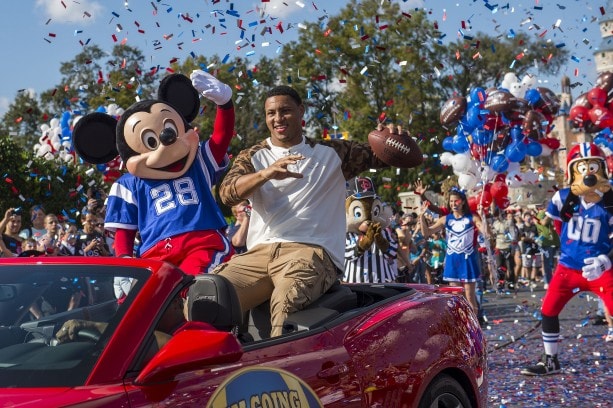 Monday’s parade featured a cavalcade of characters and colorful balloons. Smith rode with Mickey Mouse in a shiny convertible as thousands of fans along Main Street, U.S.A. chanted his name. As the convertible paused in front of Cinderella Castle, Smith once again was showered with confetti, ending his magical day in similar fashion to his Super Bowl victory only 16 hours earlier.