As we continue our popular series on the history of the monorails at Disney Parks, Erin Glover asked me to step in and tell you the stories of the Mark IV and VI monorails at the Walt Disney World Resort. When Walt Disney World Resort opened in 1971, it also brought with it a new era in monorail trains, the Mark IV. The nearly 3-mile monorail track provided a means of transportation for guests visiting Magic Kingdom Park. 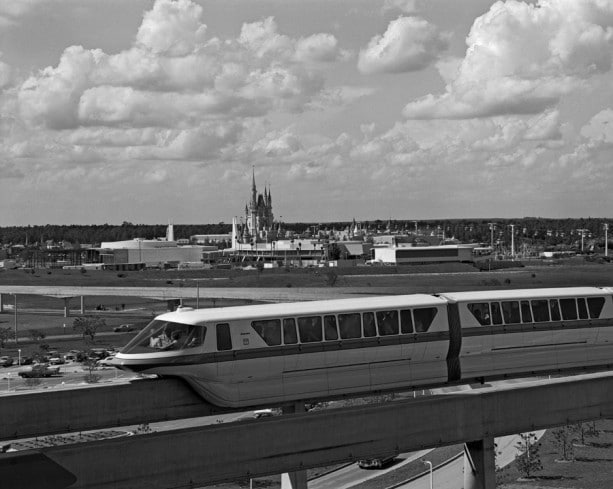 The Imagineers wanted to uphold Walt Disney’s vision of an immersive experience when developing the Walt Disney World Resort in Florida, ensuring that guests left the real world behind. The Seven Seas Lagoon separated guest parking from the entrance to Magic Kingdom Park, making the monorail an integral part of transporting guests into a truly far-away land. 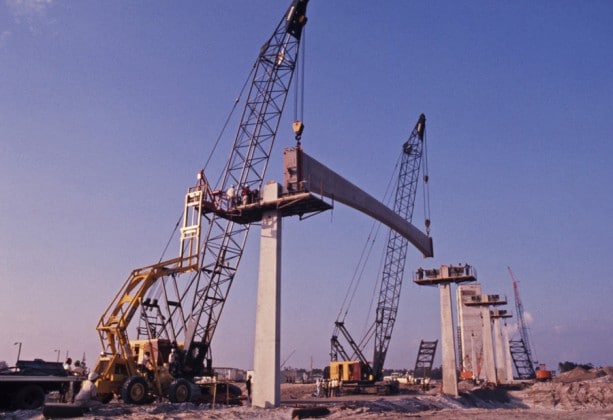 Imagineer Bob Gurr based the design of the Walt Disney World Monorail System on the original monorails at Disneyland Resort while giving it an updated look. 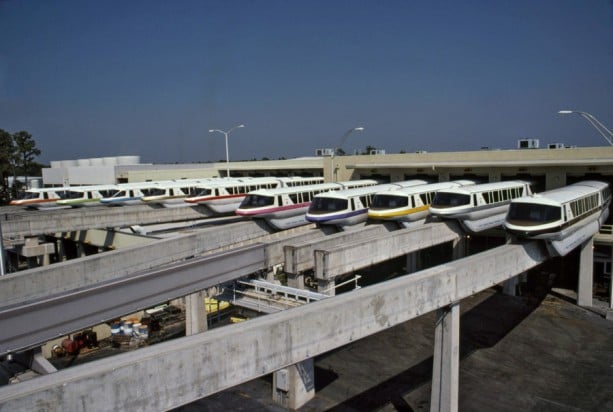 On opening day, there were ten trains built with five cars each on two monorail tracks (express and Disney Resort hotels) for guests to make their way to experience the magic.