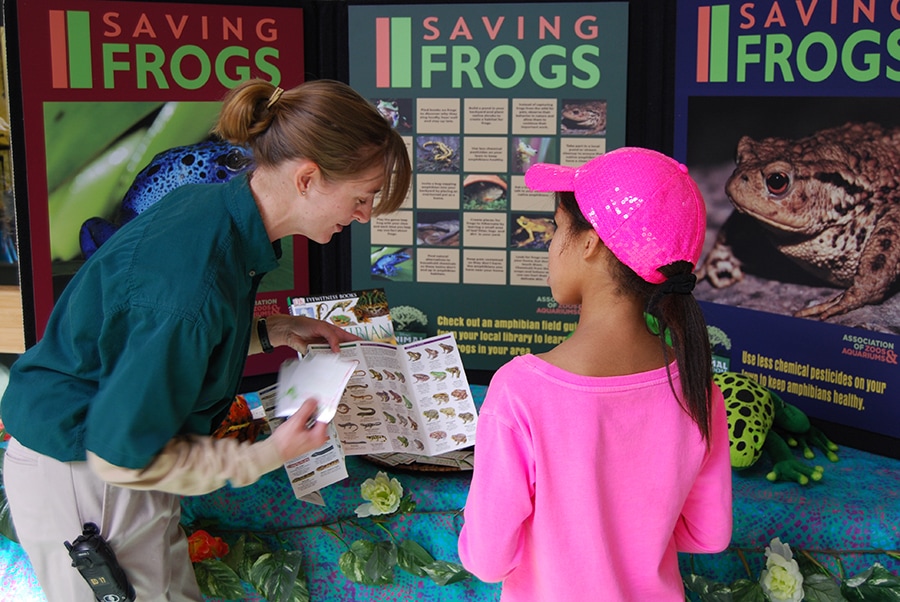 It’s that time of year again—spring is just around the corner and, even before that, we’ll be adjusting our clocks forward for Daylight Saving time. It’s also the time of year that we “spring forward” at Disney’s Animal Kingdom to celebrate frogs, toads and other amphibians. 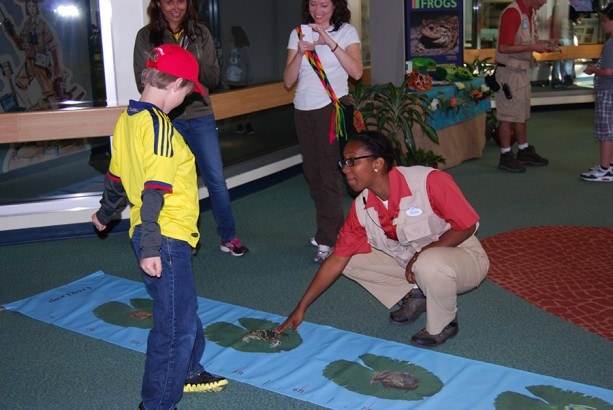 When guests visit Rafiki’s Planet Watch on March 4, during a special connecting families with nature event, meet cool amphibians and the animal experts who care for them. They also will be able to make toad abodes (special homes for frogs and toads) for their backyards, try leaping like a frog, listen to frog calls, and examine amphibian adaptations.

Guests can find out about Florida’s native frogs, which are one of the many animals that are part of the Disney’s Animal Programs native wildlife program. Our team monitors animals as varied as amphibians, gopher tortoises and butterflies, as well as dozens of bird species at the Walt Disney World Resort, where nearly one-third of the property has been set aside as a dedicated wildlife conservation area.

Guests also can learn about the critically endangered Puerto Rican crested toad, which we are raising at Disney’s Animal Kingdom and releasing in their native habitat to re-populate the species in an area where these toads once thrived but are now considered extinct.

Did you know that, according to some estimates, as many as one-third of the known amphibian species are threatened by extinction because of loss of habitat, climate change, pollution and disease? To find out more about Disney conservation efforts, visit www.disney.com/conservation

Here’s how to help frogs: