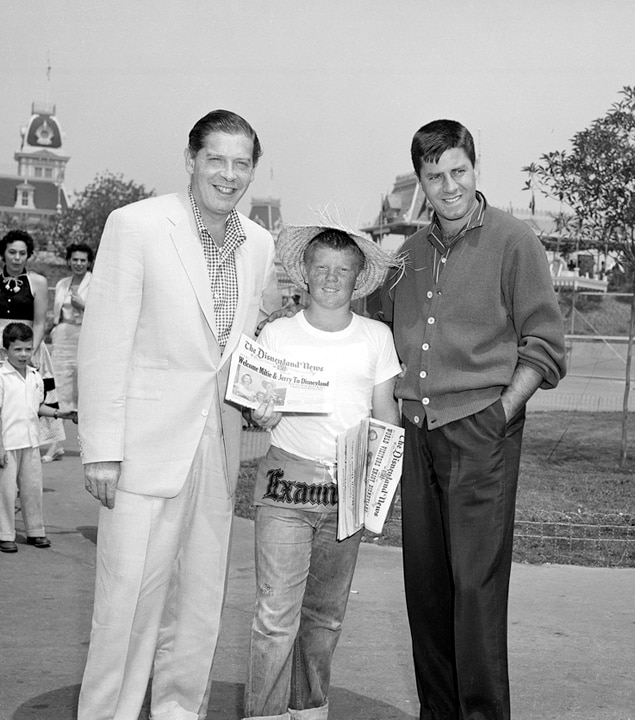 A Look Back at Celebrated Disneyland Resort Guests: Jerry Lewis – 1955

Legendary entertainer and humanitarian Jerry Lewis celebrates his birthday this weekend, so today we’re looking back at a visit Jerry made to Disneyland park in August 1955, just a few weeks after we first opened our gates. 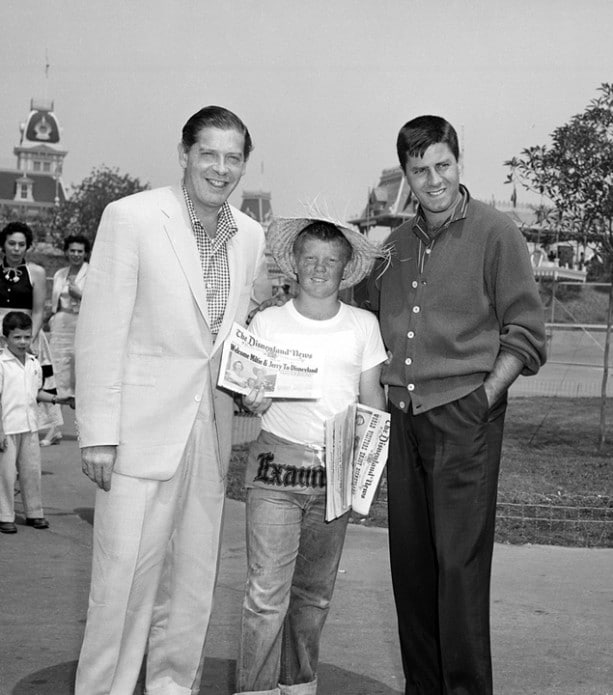 This first photo is a triple treat for Disney fans. Television star Milton Berle, aka “Uncle Miltie,” joined Jerry outside the Main Entrance, along with future Disney Legend, Tom Nabbe, who was holding a custom edition of The Disneyland News with a headline that read, “Welcome Miltie & Jerry To Disneyland.” 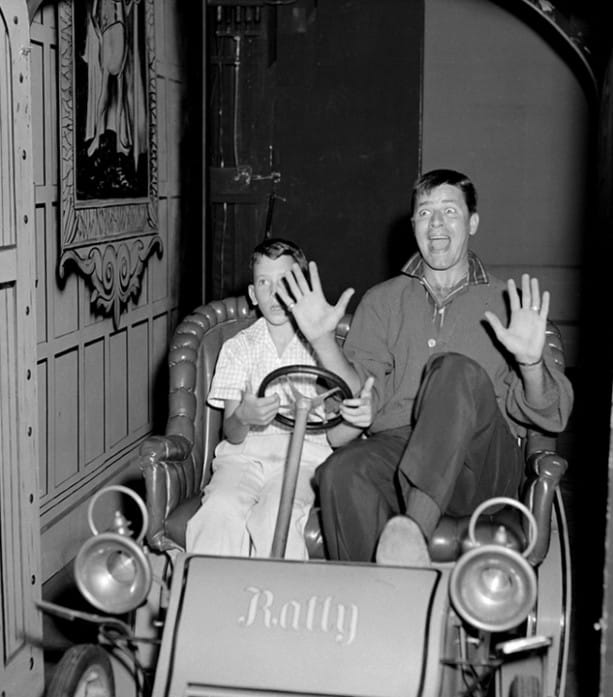 Then it was over to Mr. Toad’s Wild Ride, where Jerry was joined by his son (and future musician), Gary Lewis. When I see this photo, I think can actually hear that iconic voice going through Toad Hall!