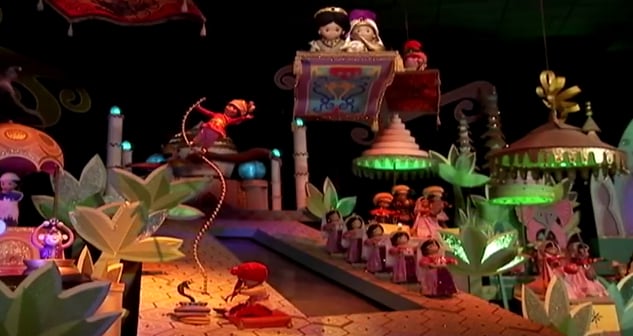 A Look Back: Behind the Scenes of the Re-imagined “it’s a small world” at Disneyland Park

It’s hard to believe it has been five years since the new dolls were added to “it’s a small world” at Disneyland park. I had the privilege to sit down with Imagineer Kim Irvine and several of the attraction’s magic-makers before “the happiest cruise that ever sailed ‘round the world” re-opened to guests back in 2009. As part of the celebration of the 50th anniversary of “it’s a small world,” I thought it would be fun to revisit this video and share it with you.

I have to say, the North America scene with the Woody, Jessie and Bullseye toys is still my favorite addition. What’s yours?

Likes (0)
Share A Look Back: Behind the Scenes of the Re-imagined “it’s a small world” at Disneyland Park