I hope you’ve enjoyed my last few posts about some of the Port Adventures we’ll be offering guests in Europe this summer. Today I’ll give you a glimpse of what you can see and do when we call on the picturesque island of Santorini, Greece. 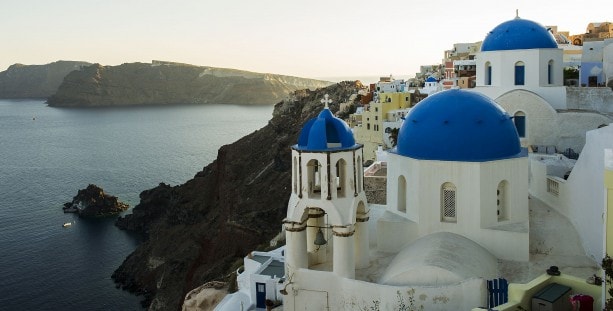 With its rugged cliffs overlooking the bright blue waters of the Aegean Sea, majestic mountains, colorful lava-sand beaches and charming villages, Santorini is one of the most popular travel destinations in the world. We offer a variety of excursions for families, along with adult-only departures of some of the most popular tours. Here are some of my favorites … 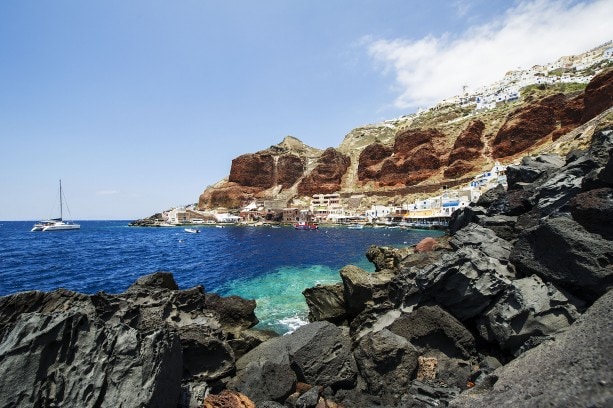 Volcano Of Santorini And Hot Springs – The island of Santorini was formed by a volcanic eruption around 1450 BC, and since then volcanic events have shaped the island’s coastline and culture. On this tour, you’ll have the unique opportunity to visit Erinia Cove on the nearby volcanic island of Nea Kameni, where you can hike over volcanic dried sand and lava fragments up to the summit for beautiful sites of the caldera. Next, you’ll venture to volcanic hot springs and get the chance to swim in the warm, mineral-rich seawaters—with some areas reaching 95° F (35° C). 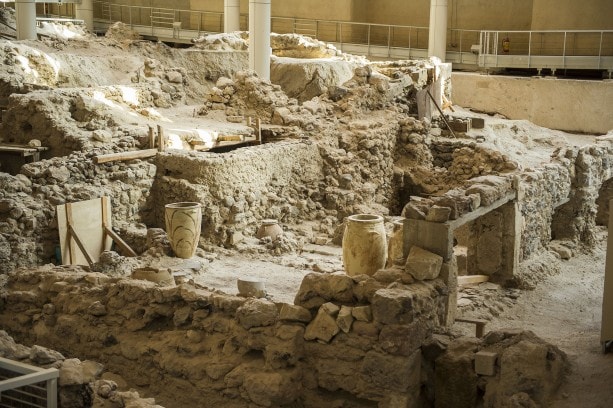 Akrotiri Excavations Site – First on this excursion you’ll be able to explore the Bronze Age town of Akrotiri seeing archaeological excavations of the Minoan Era town with multi-story houses, shops and well-preserved cobblestone streets. The excavations started in 1930 by Professor Marinatos, who in 1967 unearthed a town buried within the pumice of the volcanic eruption of 1450 BC. Then you’ll journey from ancient Akrotiri to the village of Akrotiri to explore one of the five fortified settlements created during medieval times. 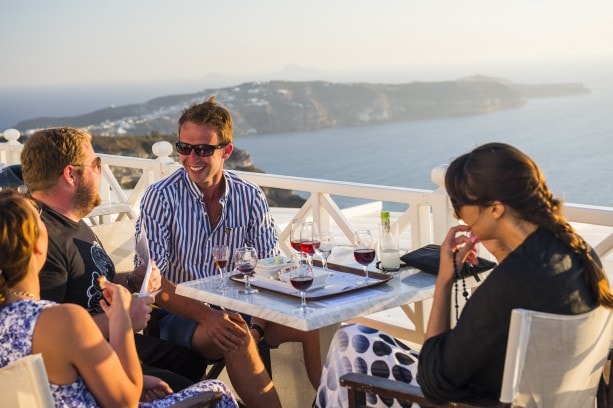 Best Of Santorini – In addition to a boat ride past the Palea and Nea Kameni islands to see the volcano that formed them in the bay of Santorini, along with a visit to the Akrotiri archaeological excavation site, this tour gives you the chance to explore the villages of Oia and Fira. You’ll get panoramic views of steep cliffs and nearby islands, which are the perfect backdrop for capturing photos, sipping coffee and eating local cuisine. One highlight of this trip is a stop at a local winery where you’ll taste wine and snacks including hard bread, cheese and tomato fritters.

From all of the destinations in Greece I’ve shown you that Disney Cruise Line is calling on this summer, including Santorini, Crete, Corfu, Olympia and Rhodes, which is at the top of your list to visit?