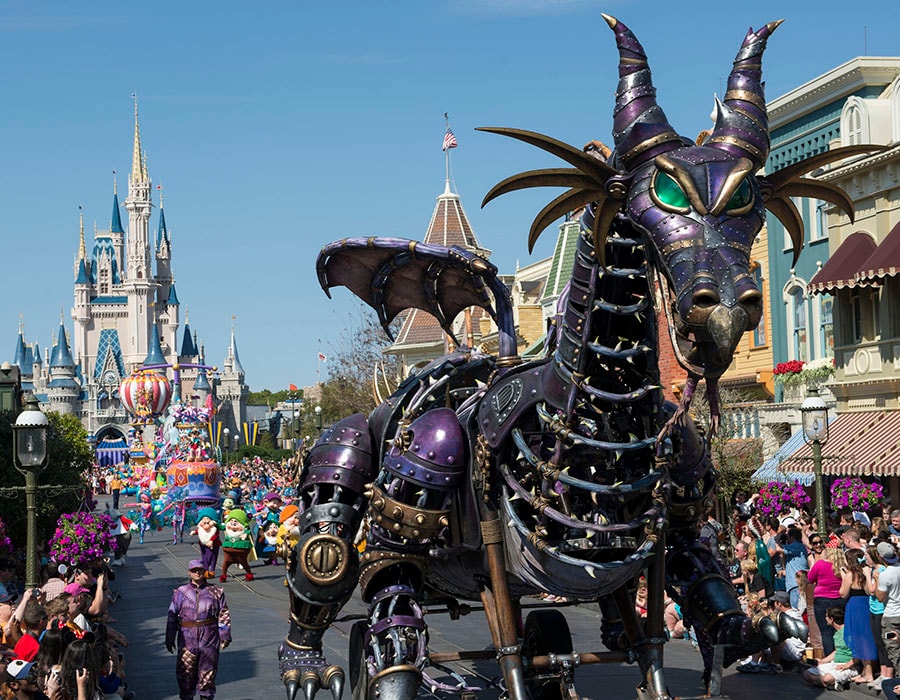 The “Disney Festival of Fantasy Parade” has arrived at Magic Kingdom Park!

The parade, which serves as a tribute to New Fantasyland, officially debuted as the park’s new daily afternoon parade on Sunday. 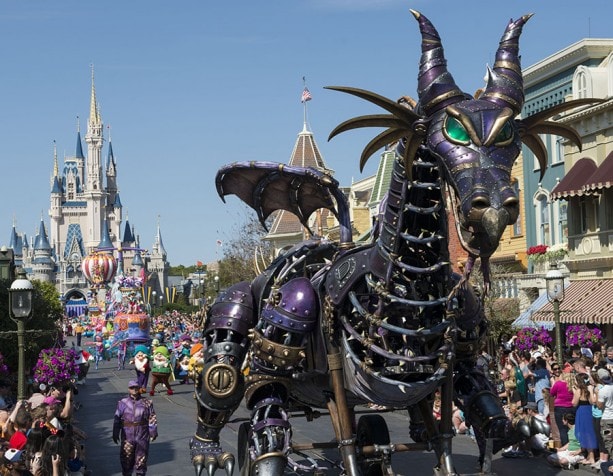 The procession features nearly 100 performers and Disney characters, with floats specifically telling the stories of “Tangled,” “Peter Pan,” “Brave,” “Sleeping Beauty” and many more. Highlights you won’t want to miss include seeing Maleficent appear as a fire-breathing dragon, and an appearance by Anna, Elsa and Olaf (from “Frozen”) on the Princess Garden float. For more highlights and to hear what some of the first spectators think, be sure to check out the video below.

Were you there for the debut? What did you think? Tell us in the “Comments” section below.