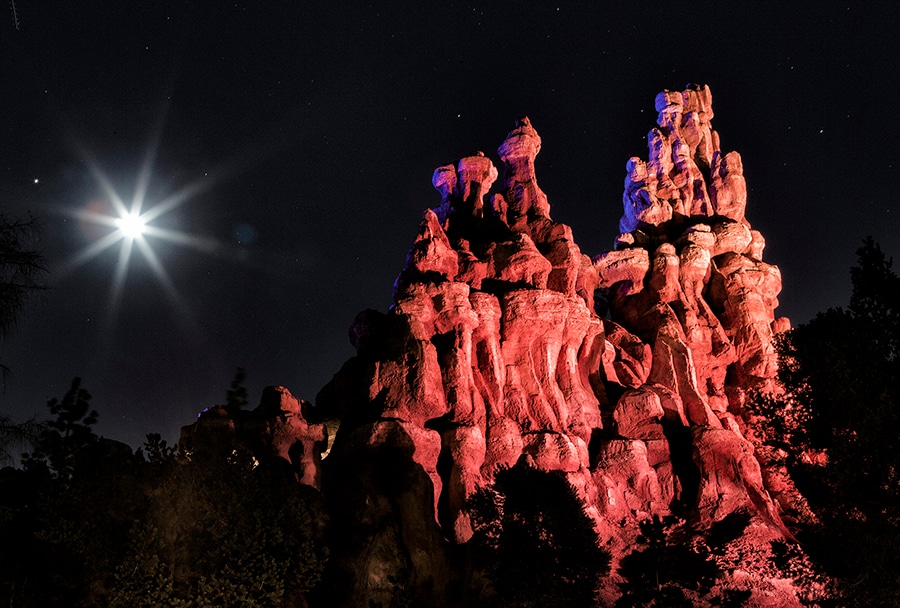 This photo was taken a few months ago – in the middle of January – on a night with an almost full moon and one of the clearest night skies that I’ve seen in a long time here at Disneyland park. The moon was so bright that, instead of trying to get detail in the moon, I thought I would use a setting called the F-22 star. By setting the aperture somewhere between F-11 and F-22, any bright light source will result in a large “starburst.” I ended up using F-18 at 15 seconds with an ISO of 800. The camera was a Canon1DX with the 24-105mm lens set at 40mm and mounted on a tripod. While I was taking the photo along Big Thunder Trail, many guests stopped to comment to me about how beautiful the moon looked, take photos of the moon themselves and tell me how much they loved Big Thunder Mountain Railroad. 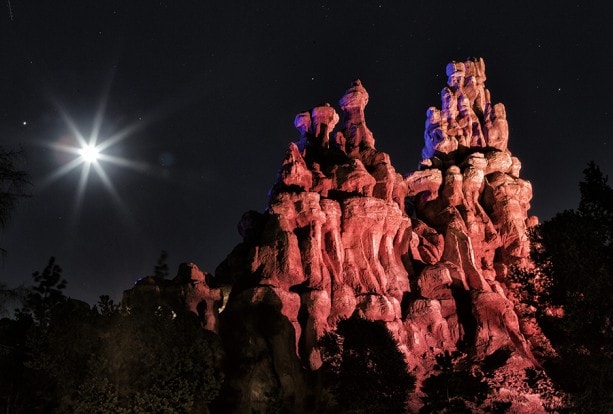 Can you count the stars in this photo? I counted more than thirty, plus one light trail from an airplane in the top left corner.