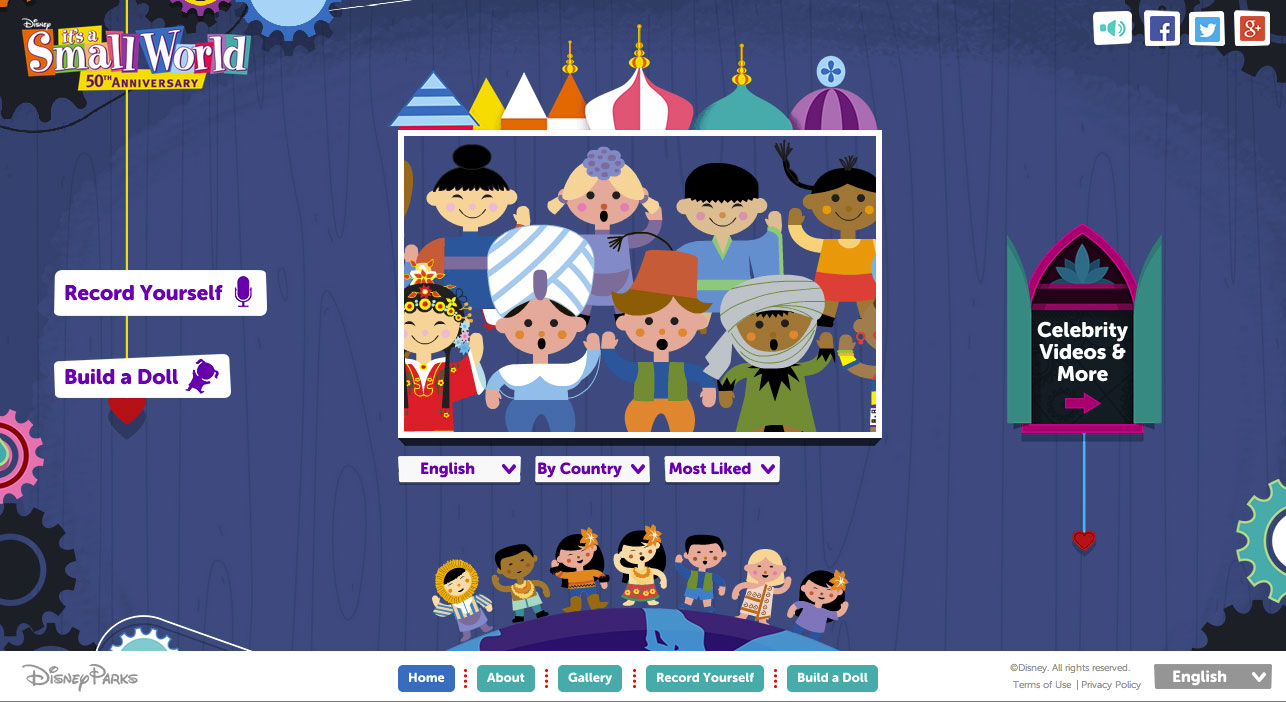 This week, we invited the world to join a first-of-its-kind, online global sing-along at SmallWorld50.com to celebrate the 50th anniversary of “it’s a small world,” – the classic Disney Parks attraction that opened as a tribute to UNICEF’s work for children around the world at the 1964 New York World’s Fair. 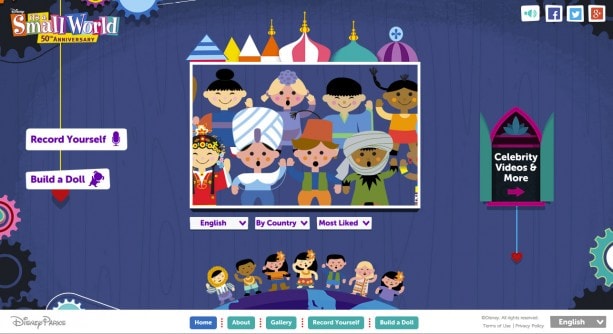 We’ll be celebrating the anniversary on April 10 but we’ve already kicked things off at Disney Parks. Visit our original post to learn how you can participate in the celebration and create virtual “it’s a small world” dolls to share with your friends. The Walt Disney Company will donate $150,000 to benefit UNICEF in honor of the 50th anniversary of “it’s a small world,” plus $1 for every sing-along video recorded on SmallWorld50.com and another $1 for every virtual doll created on the website, up to $100,000.

Disney Parks Blog readers were also among the first to see a new trailer for Walt Disney Studios’ latest cinematic vision, “Maleficent.” And starting April 18, a special extended sneak peek will be playing daily at Disney’s Hollywood Studios in the ABC Sound Studio and at Disney California Adventure park in the naturalistic “underground” setting of the Bug’s Life Theater.

“Maleficent” stars Angelina Jolie in the untold story of Disney’s most iconic villain from the classic “Sleeping Beauty” and the elements of her betrayal that ultimately turn her pure heart to stone. “Maleficent” opens in theaters on May 30, 2014.

Vintage Disney Parks Video: Take a Trip Back to the Beginning of ‘it’s a small world’ – See some excellent historical footage from the debut of “it’s a small world” at the 1964 New York World’s Fair and the attraction’s opening at Disneyland park in 1966.

Exciting News from Aulani for Fans of our Hawaiian Mele: Music of the Makaʻala Available for Download March 18 – Take the Aulani Hawaiian experience with you anywhere by downloading five special songs, written by Kealiʻi Reichel and Mark Mancina

‘Saving Mr. Banks’ Available On Blu-ray Today – Get a sneak peek of one of the special features available on the new Blu-ray release!

A Mom’s Take: Magical Port Adventures in Venice – Marcy from the Disney Parks Moms Panel shows us a few of the adventures your family can embark on in “The Floating City.”

Learn to Draw Disney Characters at Animation Academy at Disney’s Hollywood Studios – Hone your illustration skills with instruction from one of our character artists. Take a look at the video after the jump!