I’ve found it’s no secret that Disney’s “Frozen” continues to be popular with guests of all ages visiting Disney Parks. Recently, my son made a drawing for Anna and Elsa, which he gave to them during a visit to Norway Pavilion at Epcot. On the back of the image, he wrote that he “couldn’t wait for their film to be released on DVD.” With the upcoming DVD and Blu-ray release for this award-winning, animated feature on March 18, I wanted to give you an update on where to find “Frozen” merchandise at Disney Parks. You may recall my previous story last fall that gave an overview of merchandise created for the film. Since that time, we’ve received some additional shipments of guest favorites and introduced several new things.

Two of those favorites are the dresses for Anna and Elsa created especially for Disney Parks. We have additional orders arriving at locations in the coming weeks. Once available, the dresses will also be offered as a part of the Castle Package at the Bibbidi Bobbidi Boutique locations at Disneyland and Walt Disney World Resorts. 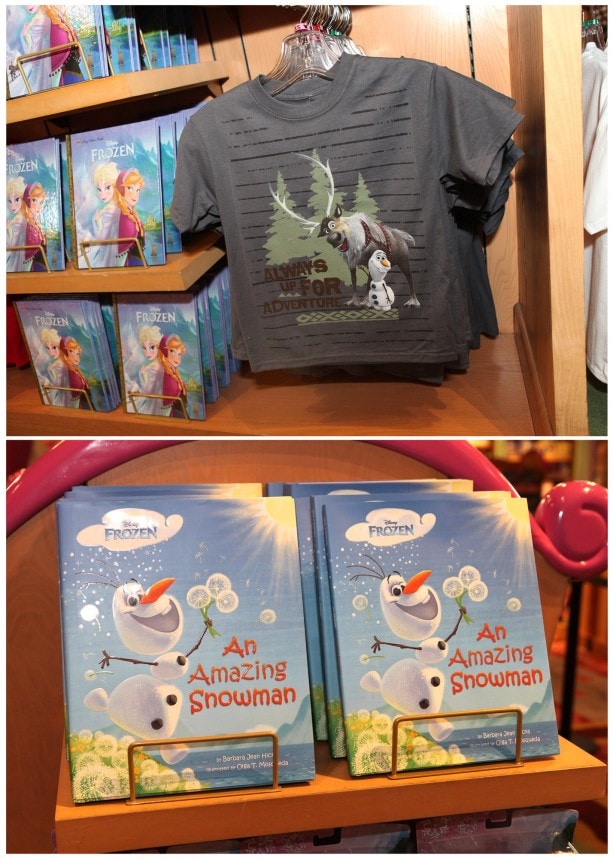 In the category of new items, there are new Anna and Elsa T-shirts for girls. I also found T-shirts for kids and adults featuring Olaf. You should also look out for new D-Tech on Demand cases for the iPhone 4/4S and iPhone 5/5s, and some new Disney books such as “An Amazing Snowman” or “The Art of Disney’s Frozen.” The popular Anna and Elsa dolls have also returned along with several action figure playsets. 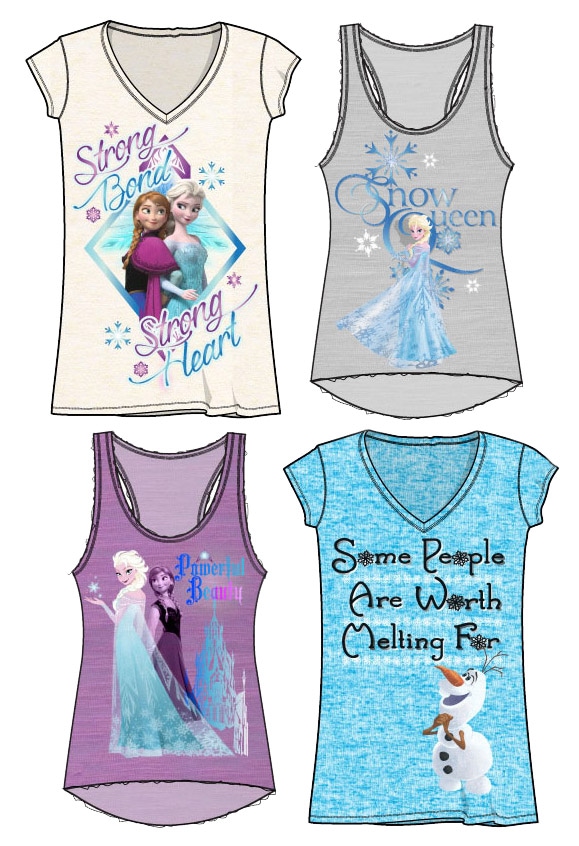 Finally, I learned that additional items are currently in development. For ladies, we will have four new T-shirts available around the beginning of summer. I convinced the softlines team to let me give you a sneak preview of the artwork for those shirts.

Here is a list of locations where you may find select merchandise during your next visit. Please note that availability of inventory may change without notice.