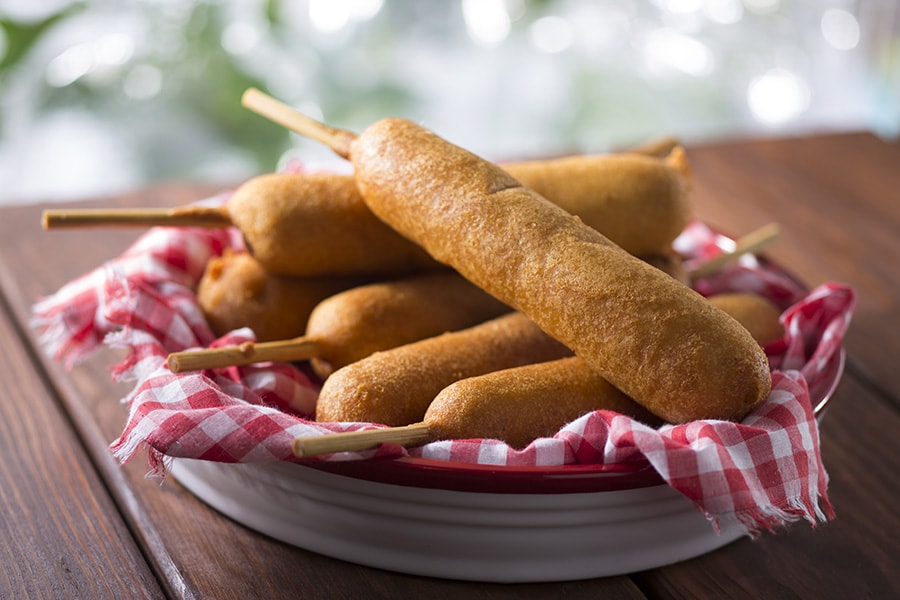 Today is National Corn Dog Day, an absolutely good reason to indulge in one of the crunchy-on-the-outside-and sweet-on-the inside dogs on a stick. 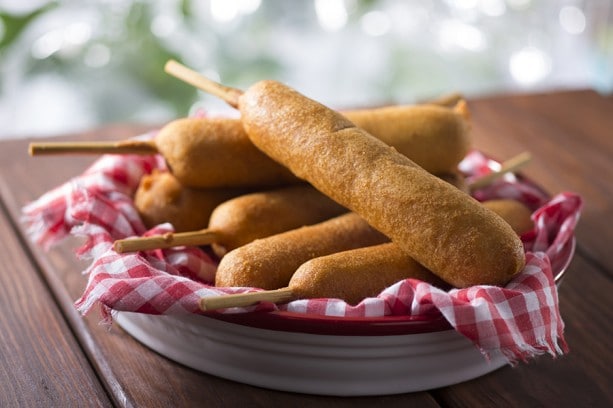 If you’re at Downtown Disney, look for the celebratory balloons at the bright red Fantasy Fare food truck to showcase the day. Fantasy Fare brings “Delightful Dishes from Disney’s Magic Kingdoms Around the World,” so, of course, the hand-dipped corn dog from Disneyland park is star of the show.

We still remember our first bite of a corn dog at the Little Red Wagon at the top of Main Street, U.S.A., in Disneyland park, slathered with mustard. It’s still the top spot, but you also can find corn dogs at Stage Door Café in front of Frontierland, and at Corn Dog Castle at Paradise Pier at Disney California Adventure park.