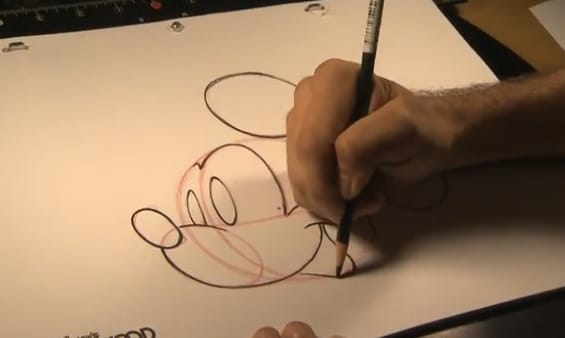 Disney’s Hollywood Studios will mark its 25th anniversary on May 1, 2014. I was lucky enough to visit the park during its opening year and remember being absolutely fascinated by it – especially The Magic of Disney Animation, where you could learn about the process of hand-drawn animation and see firsthand how films are created. Did you know that films like “Lilo & Stitch” and “Brother Bear” were created within this very building?

Today, guests can stop into the pavilion’s Animation Academy and learn how to draw a real Disney character from one of our character artists – and new characters are added to the artists’ repertoires all the time, most recently Anna, Elsa and Olaf from Disney’s “Frozen.” I recently stopped in to check it out. Take a look in the video below.

Oh, and be sure to check the Disney Parks Blog later today for a step-by-step tutorial on how to draw Olaf from “Frozen!”