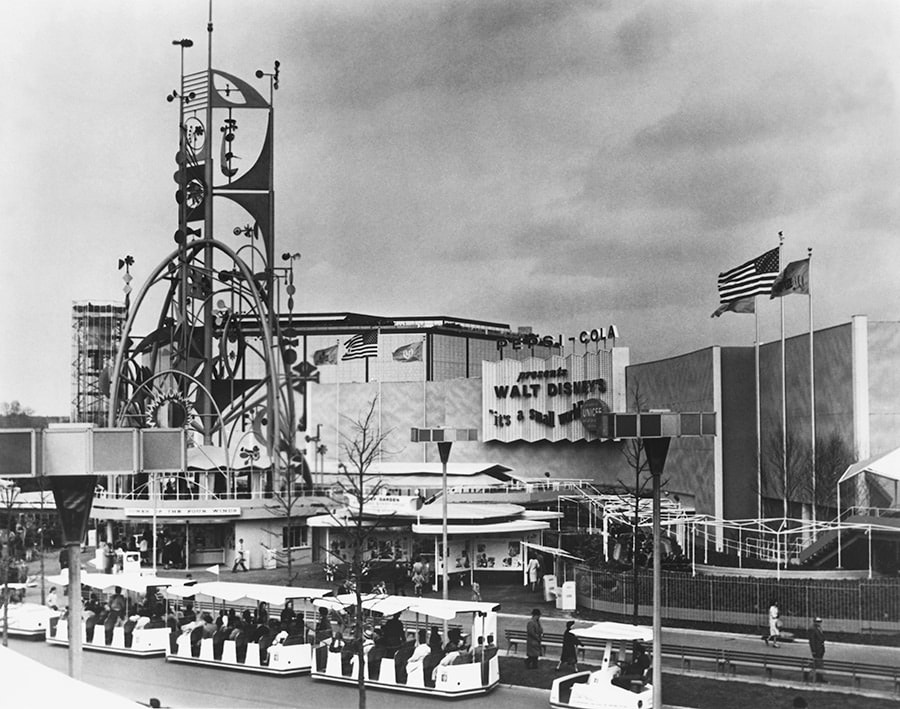 The 1964-65 New York World’s Fair theme was “Peace Through Understanding,” and no exhibition better embodied this idea than “it’s a small world.”

The look and feel of the whimsical entrances to this now-landmark attraction at Disney Parks around the world are well-known, but the look of the exterior of the New York World’s Fair pavilion was quite different from the familiar facades we know today. 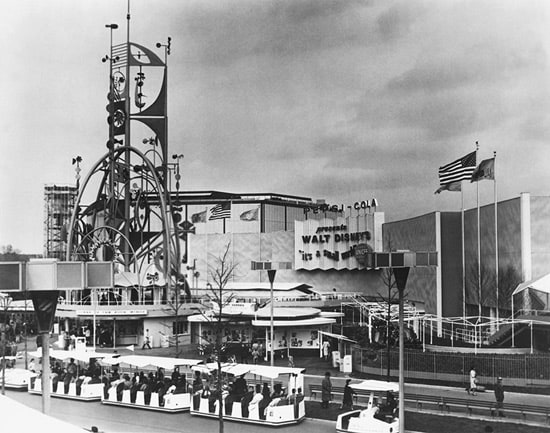 In these rare photos you can see just how different it was from what we see in the parks; yet it is, decidedly, a “Disney look.” To me, it looks like Tomorrowland at Disneyland park, circa 1967. 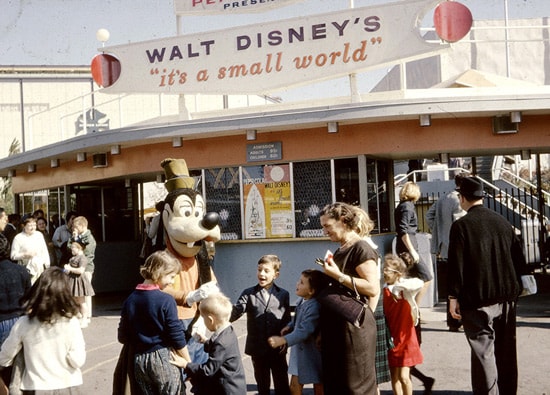 Some familiar Disney faces were apparently on hand to greet visitors about to board the “the happiest cruise that ever sailed.”