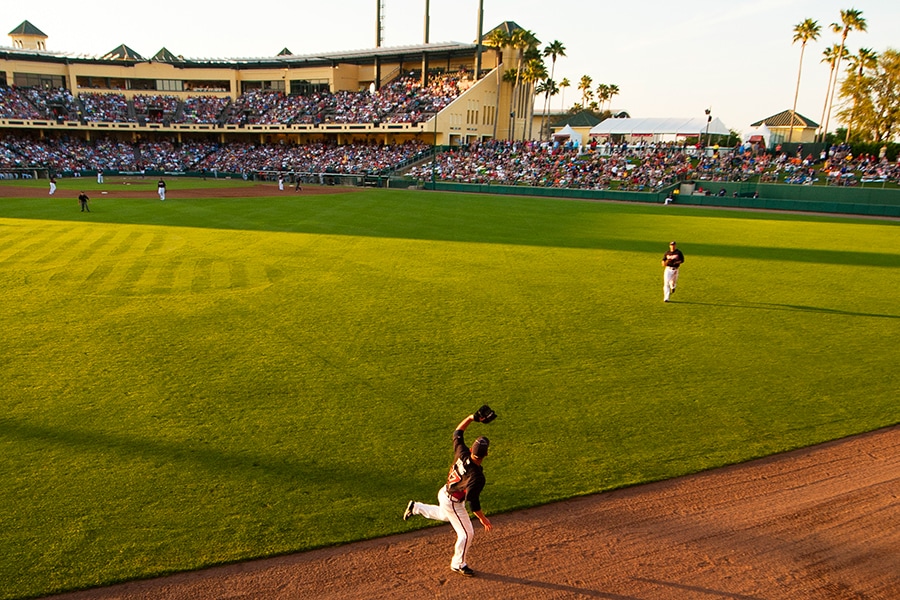 Disney has often shown its appreciation for U.S. military veterans and their service. Now for the second year in a row, we’re hosting a Military Appreciation Day during an Atlanta Braves spring training game at Walt Disney World Resort this week.

During the Braves-Marlins game on Saturday afternoon at Champion Stadium at ESPN Wide World of Sports Complex, Disney Sports is offering half-priced tickets on select seats for military personnel. Also, Army Colonel Stephanie Rivers will throw out the ceremonial first pitch and military personnel in attendance will be honored in various ways, including a sing-along medley of military anthems.

Supporting the U.S. Armed Forces and celebrating their service has long been a Disney tradition. In March 2012, we introduced our Heroes Work Here program, building on a proud legacy with a new company-wide initiative to hire at least 1,000 veterans and provide additional support military families. In March of last year, we expanded our goal to hire an additional 1,000 veterans through 2015, and to date, have hired more than 3,000 veterans.

So join us at our latest military appreciation effort and come on out to the game Saturday. General admission tickets and the specially-priced military personnel tickets can be purchased at the sports complex box office.