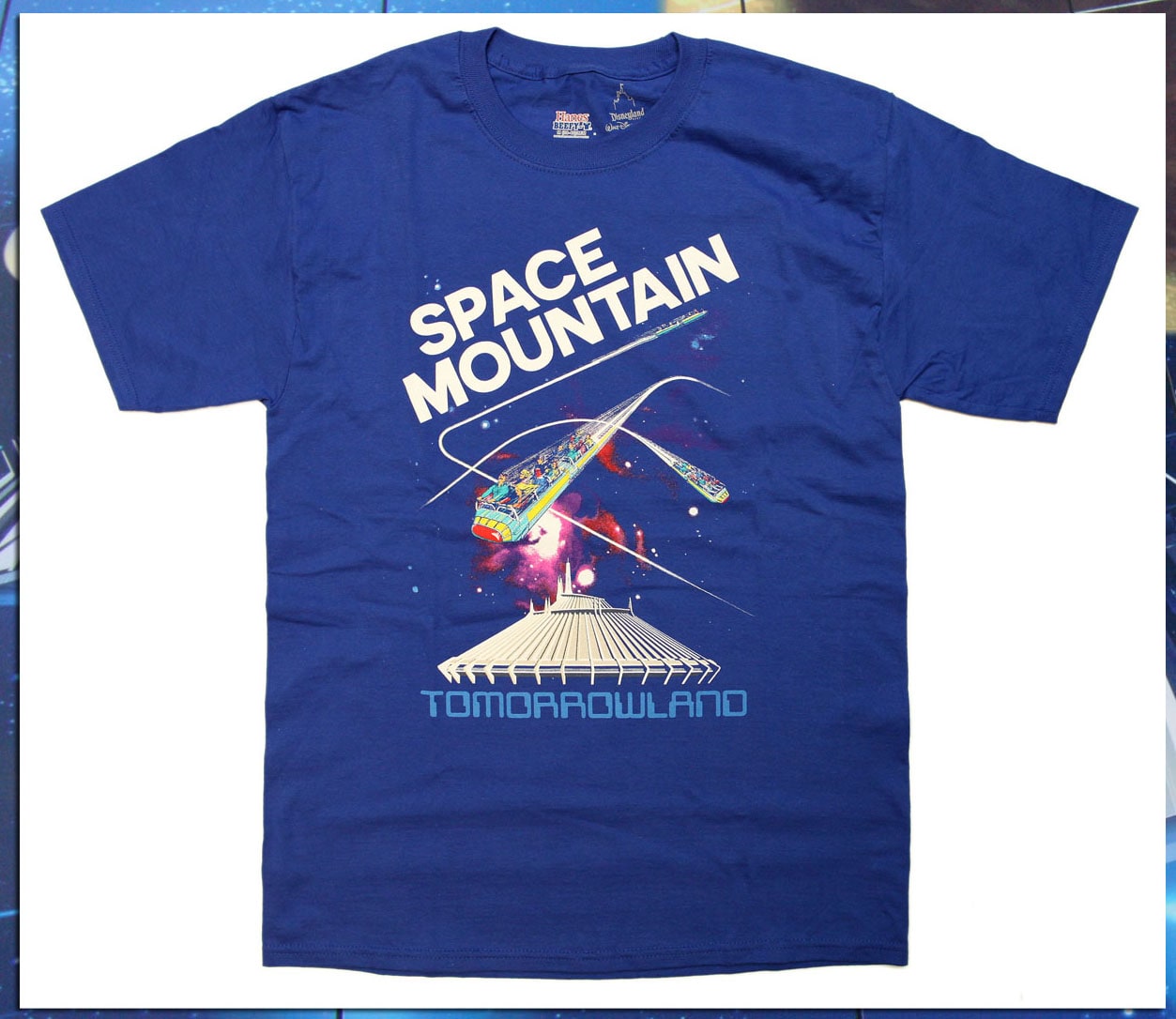 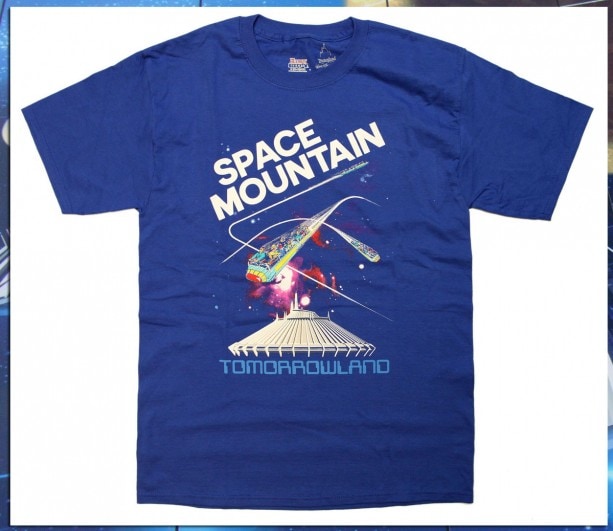 “Space shuttle, this is flight safety…”

I can still recall my first ride on Space Mountain during my first trip to the Walt Disney World Resort in July 1983. The attraction was my first Disney coaster and, despite some tears after that first ride, it quickly became a favorite thing at Magic Kingdom Park. During subsequent family vacations, you could usually find me at the attraction with a giant video camera in hand (I love the queue, particularly the atmospheric music). Today, I’m happy to announce that Space Mountain will be the next attraction poster T-shirt for the Disney Parks online store. We will be offering two different shirts online only from March 10-16, 2014.

The first T-shirt shown above was inspired by an attraction poster from 1977. According to the wonderful book “Poster Art of the Disney Parks” by Danny Handke and Vanessa Hunt, the original attraction poster was designed by Jim Michaelson, Ernie Prinzhorn and Rudy Lord. Disney Design Group artist Richard Terpstra created the design featured on this shirt. 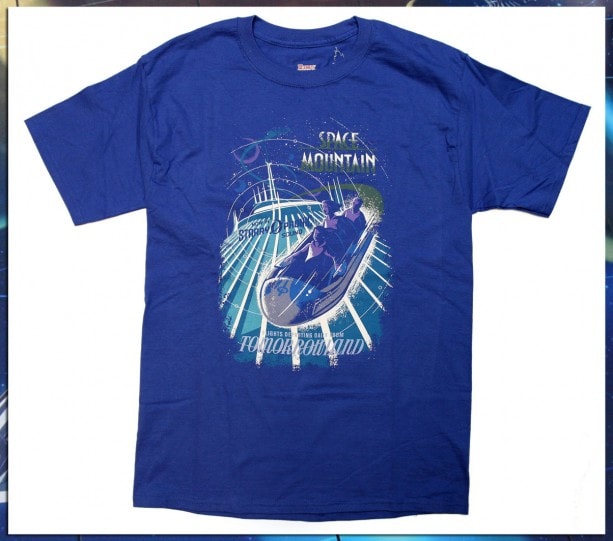 Richard also designed the second shirt that was inspired by a Walt Disney World Resort attraction poster from 2010 by Josh Holtsclaw. In related news, Josh’s poster design from 2010 will be included on drinkware coming to the recently discussed Disney Centerpiece location. Above is an image of those items together, which will join similar drinkware and more when the Marketplace Co-Op opens at Downtown Disney Marketplace in a couple of months.

For now, I invite you to visit http://www.DisneyStore.com/ParkEvents to order the Space Mountain shirts from March 10-16. They will ship in 6-8 weeks once orders are completed (express shipping is not available).
You are cleared for launch!