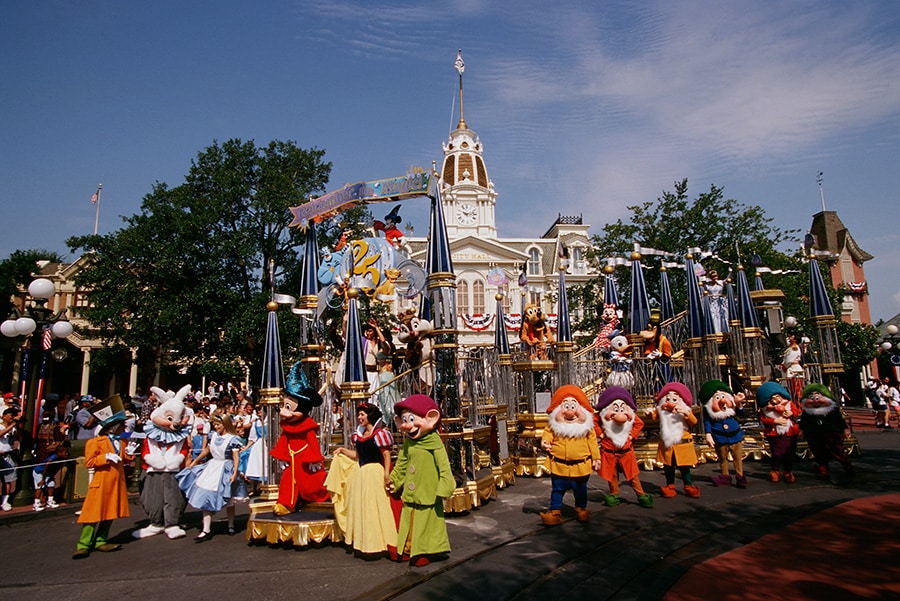 Step in Time: A Look Back at the ‘Remember the Magic’ Parade at Magic Kingdom Park

Just the title of this blog post has this parade’s theme song running through my head, how about you? 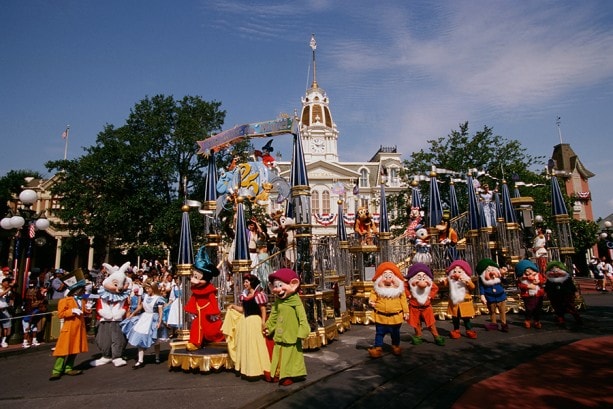 The year 1996 was a memorable one at Disney. It was the 25th anniversary of Magic Kingdom Park, an occasion that turned Cinderella Castle into a giant pink birthday cake, and the “Remember the Magic” parade debuted.

Step in Time: A Look Back at the ‘Remember the Magic’ Parade at Magic Kingdom Park

In this procession, Sorcerer Mickey led the way on a special Cinderella Castle-inspired float filled with Disney characters. Ariel and other characters from “The Little Mermaid” appeared in an impressive seashell float, surrounded by dancing fish friends, who would periodically pause and encourage guests to celebrate by dancing along. “The Lion King” also had its own float, which featured Simba, Pumbaa and other characters from the film. Rafiki also walked along the parade path and encouraged young guests to participate in the fun by beating drums.

Do you remember this parade (and its theme song)? Tell us in the “Comments” section below!

Likes (3)
Share Step in Time: A Look Back at the ‘Remember the Magic’ Parade at Magic Kingdom Park