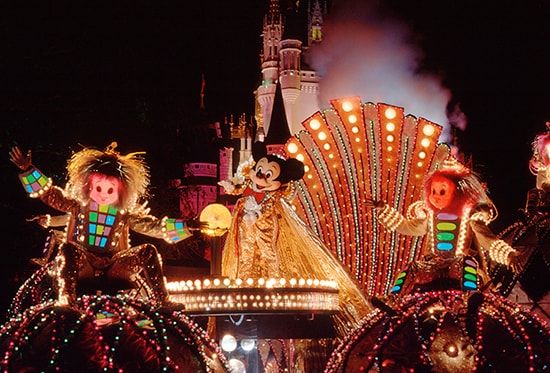 This parade differed from the previous nighttime parade, “Main Street Electrical Parade”, in that it featured a new theme song, “On This Magic Night”, displays filled with fiber optics and a host of new, parade-specific characters. The parade ran through May 22, 1999, to make way for the temporary return of “Main Street Electrical Parade” for the start of the Millennium Celebration, and then returned again March 26, 2001. “SpectroMagic” officially ended its run at Magic Kingdom Park in 2010.

What did you like most about this parade? Tell us in the “comments” section below!