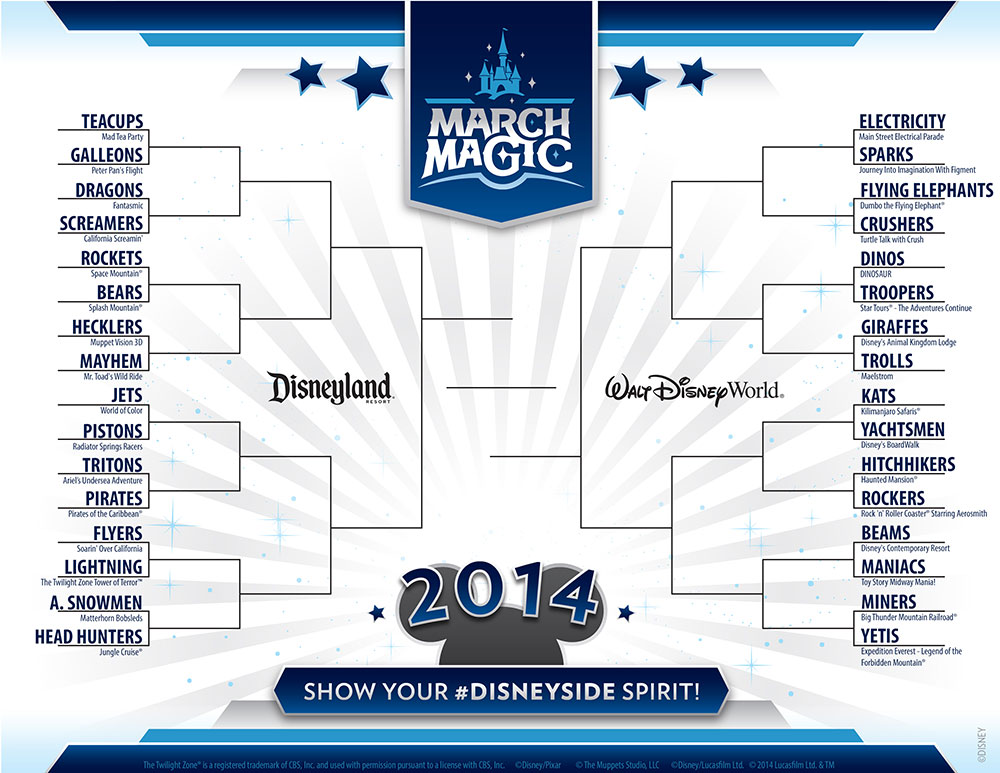 Vote For The Best Disney Attraction During Our ‘March Magic Challenge’

Are you a die-hard Pirates of the Caribbean fan? Do you live to ride Twilight Zone Tower of Terror during each and every Disney vacation? If so, you may be just the social media fan we’ve been looking for in our first ever March Magic Tournament.

32 teams based on your favorite Disney attractions will be competing in the next few weeks, and it’s up to you to decide who makes it to the next round! Here’s a look at this year’s roster:

Want to play along at home? Download the printable bracket below and try to predict the winner. Let’s get ready to play! 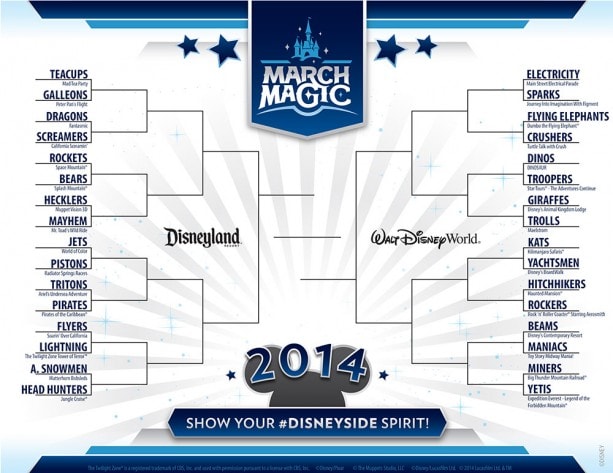 Be sure to check out the terms of use about using the sheet before you download it.