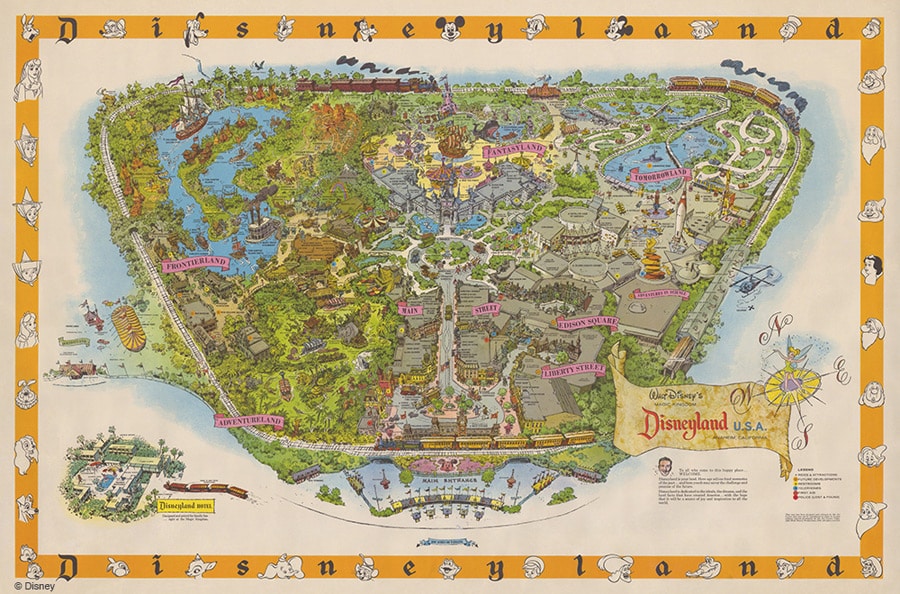 Sam McKim, Disney artist and “master map maker,” is the creator of the Disneyland souvenir maps that were sold in Disneyland park between 1958 and 1964. His maps, known for their elaborate design, colorful print and large size, are among the most sought-after pieces of Disney memorabilia today. 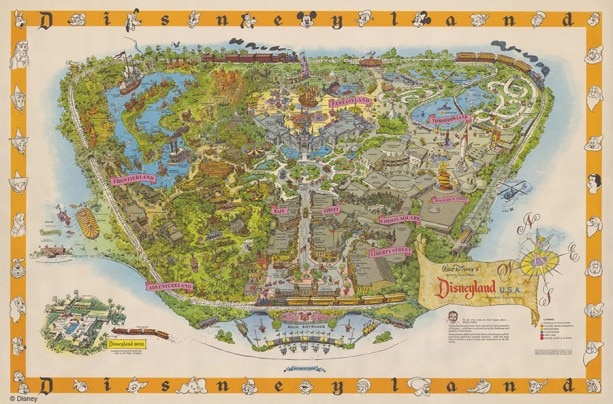 Born in Vancouver, British Columbia, in 1924, Sam moved to Los Angeles with his family during the Great Depression. At age 10, he became a child actor under contract for Republic Studios where he worked in western serials and B-movies with many of the top stars of the day. Sam developed his drawing skills early on and once said, “I was always drawing something or other. I’d draw caricatures of the actors and they would sign them for me.”

After serving in the U.S. Army in World War II, Sam enrolled at Art Center College of Design. The day after he graduated, he was called back to the Army to serve in Korea, where he earned several medals and honors, including the Distinguished Service Cross and the Bronze Star. Upon returning to the States, he took acting roles as well as advanced art classes at the Chouinard Art Institute. Sam recalled, “John Ford offered me a supporting lead in ‘The Long Gray Line’ with Tyrone Power and Maureen O’Hara. Would you believe I turned it down to become an artist? I started at 20th Century Fox, then moved to Disney for a temp job, and didn’t leave until I retired 32 years later.”

Sam joined WED Enterprises (now Walt Disney Imagineering) as an illustrator in 1954, six months before the opening of Disneyland Resort. Among his first sketches was The Golden Horseshoe in Frontierland. He later contributed to “Great Moments with Mr. Lincoln,” Walt Disney’s Carousel of Progress, Pirates of the Caribbean and the Haunted Mansion. His early work also included storyboards for Disney films including, “Nikki, Wild Dog of the North,” “Big Red,” and “The Gnome-Mobile,” and episodes of Disney’s television series, “Zorro.”

John Hench, Disney Legend and Imagineer, once said, “Sam was the greatest to work with. He loved Disney, and his enthusiasm was always contagious. Once he got involved in anything, no matter how problematic, you always knew everything was going to be okay. If I ever needed to hear the truth about something, I always went to Sam.”

Following his retirement in 1987, Sam remained connected with WDI and Disney. In addition to appearances at Disney fan events and consulting work, his two sons, Matt and Brian, were also renowned Disney artists. In 1992, he designed the commemorative guide map for the opening of Disneyland Paris. 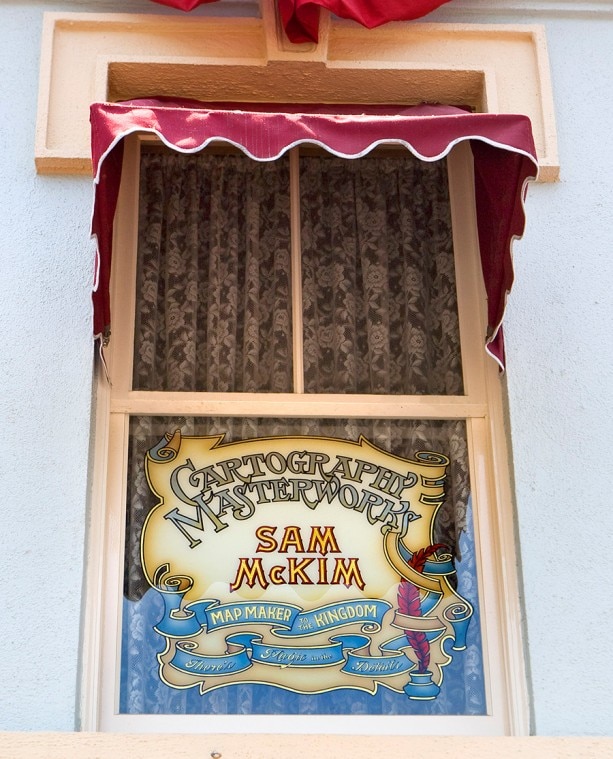 Sam was named a Disney Legend in 1996. That same year he was honored with a window on Main Street, U.S.A. His window, located above the Main Street Photo Supply Co., states: Cartography Masterworks – Sam McKim – Map Maker of the Kingdom – There’s Magic in the Details.